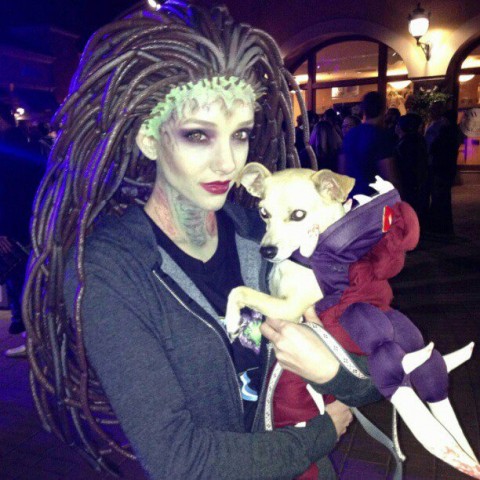 Lyz Brickley first grabbed my attention with her Queen of Blades (from StarCraft) hair and makeup. She’s a gamer, and it shows in her extensive cosplay portfolio. She’s dressed as characters from Street Fighter, Diablo III, World of Warcraft, and more. I asked her about her cosplay history, research, and what she’s learned because of cosplay.

Adafruit: Tell me about what inspired you to start cosplaying and if you had any idea you’d be making so many costumes.
Lyz Brickley: I really just fell into cosplay. I’ve always loved dressing up and creating things, so for my first convention (Blizzcon, 2009) I made a costume. I was so inspired by the other cosplayers at Blizzcon I decided to keep making cosplays. At the time I had no idea I would end up making so many costumes, but I wouldn’t change a thing!

How do you go about researching the costumes you want to replicate?
Usually it’s a lot of google image searching and saving tons of reference photos to a dedicated folder on my PC desktop. Somewhat recently, some game companies have been providing character reference sheets for cosplayers, and it’s amazing! It’s extremely useful for making a character. 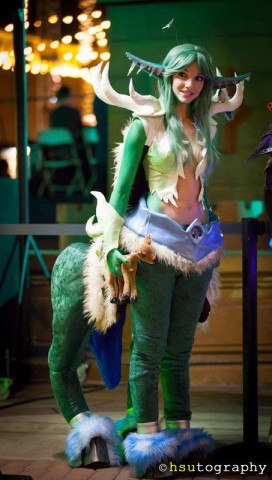 Your Mylune costume is particularly awesome. What were some of the challenges in crafting it and moving in it?
Thank you! Mylune was my first “big build” and I did months and months of research before I started. I was pretty inexperienced with a lot of techniques, so it was a huge learning experience for me. I swear I have seen every centaur cosplay on the internet up to 2011. The biggest issue for me was how to make the legs move. I planned out a somewhat complicated pulley system, but in the end just ended up going with the simplest method which was attaching the back legs to the opposite front leg at the bottom. Simple is good!

Why do you keep cosplaying?
It’s a sick obsession, please send help! But in all seriousness, I love cosplay! I enjoy crafting so much. I’m the kind of person who is easily bored by doing the same thing over and over and I feel with cosplay it’s always something new. There is always a new technique to be learned, and no two costumes I’ve made have been the same. I also love the community. I’ve made so many friends through cosplay, it’s the best. 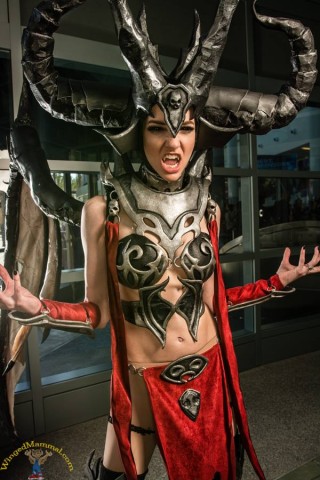 What are some new skills you’ve had to learn because of cosplay?
I have learned so much! I basically started out as a level 1 noob. I’ve learned how to sew, how to style wigs, and how to use a variety of power tools. I’m going to be learning how to weld soon and I am very excited about that!

Comments Off on Cosplay Interview with Lyz Brickley