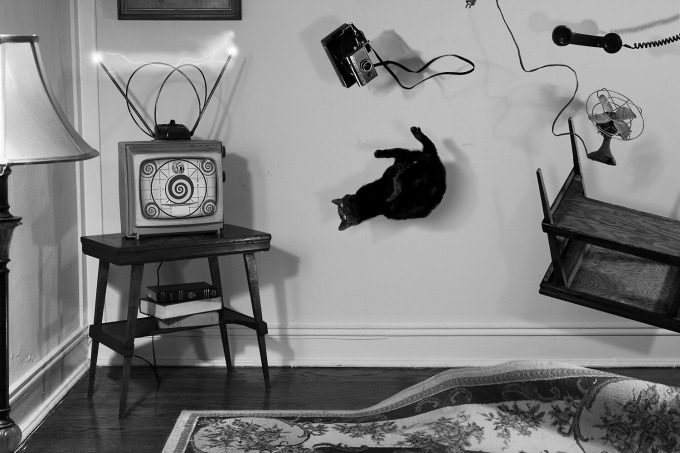 Awesome work with fun details by Justin Benzel. From an interview by The Phoblographer:

…There was something so fantastically cool about his work that I felt I had to talk to him about how and why he does it. Benzel is a Chicago-based photo-illustrator and photographer who’s currently working on a project that finds itself somewhere between 1950s noir and science-fiction. Here we talk to Benzel about his inspiration, approach and technique.

Phoblographer: Your images exist at the intersection of several genres. Tellus about the inspiration for your work. Are there any particular films that informed your style?

Justin: I am definitely interested in genre-mashing, both in terms of aesthetic and narrative tone. The main inspiration for my current project comes straight out of 1950’s noir and science-fiction (in both film and literature). I wanted to make something that embodied the cool wise-cracking style of noir like “Kiss Me Deadly”, and the absolute on-the-nose campy silliness of “Attack of the Puppet People”. Something like Twin Peaks or the X-Files, where all of the characters are fully invested in the drama, but as viewers we know that what we’re seeing is completely preposterous and is maybe meant to be seen as a sort of dark comedy.

Read the full interview and check out Justin Benzel’s site