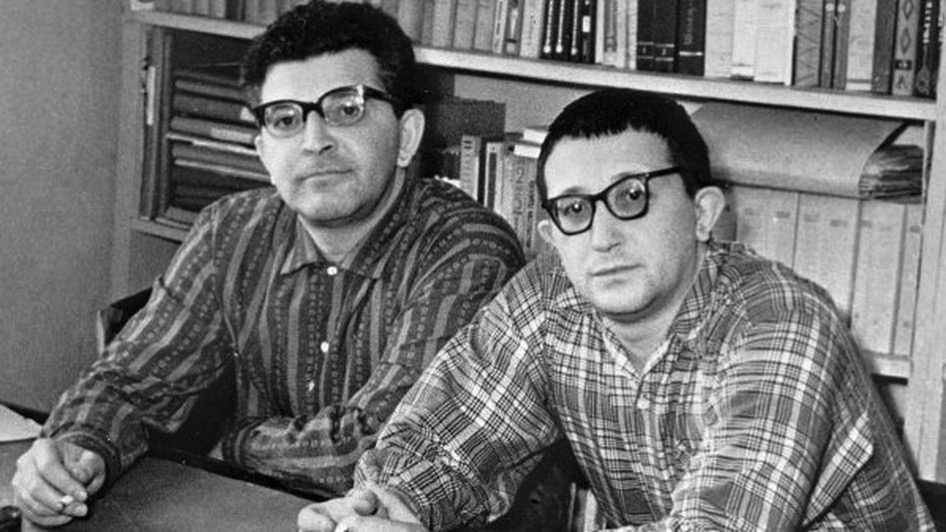 Great piece from earlier this year by Ezra Glinter in The Paris Review on the evolution of the Strugatsky Brothers’ body of sci-fi work.

Near the beginning of The Dead Mountaineer’s Inn, a 1970 novel by the Russian science-fiction writers Arkady and Boris Strugatsky, the innkeeper, Alek Snevar, proposes to his guest, police inspector Peter Glebsky, that mystery is always preferable to explanation. “Haven’t you ever noticed how much more interesting the unknown is than the known?” Snevar asks. “The unknown makes us think—it makes our blood run a little quicker and gives rise to various delightful trains of thought. It beckons, it promises. It’s like a fire flickering in the depths of the night.”

It’s a strange idea to appear at the beginning of what seems to be a locked-room mystery novel—a genre in which all puzzles are meant to be solved. Soon after Glebsky’s arrival, a blizzard blocks the road to the inn. Right on cue, another of the guests, a Scandinavian named Olaf Andvarafors, is found dead in his room with his neck twisted, the window open, and the door locked from the inside. Everyone at the inn is a suspect: Simone Simone, a nervous, billiard-playing physicist; Hinkus, a “youth counselor” on sick leave; a celebrity magician named Du Barnstoker and his androgynous ward, Brun (“the sole progeny of [his] dear departed brother”); an imperious alcoholic named Albert Moses, and his knockout wife, Mrs. Moses. Then there is Snevar and his maid, Kaisa; a St. Bernard named Lel; and Luarvik L. Luarvik, a mysterious one-armed man who shows up half dead after being caught in the storm. With this bizarre cast you expect to find plenty of red herrings before a hiding-in-plain-sight solution is revealed.