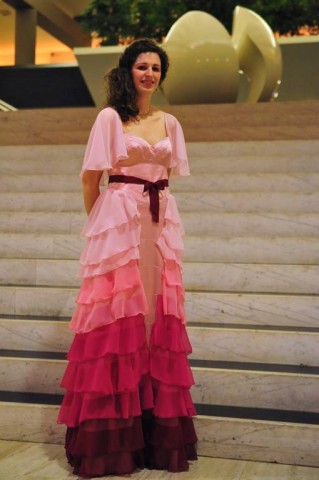 For the majority of the Harry Potter films, Harry, Hermione, and Ron mostly wore school robes and uniforms. Since their wardrobe was so consistent, it was extra surprising to see Hermione Granger in her bright Yule Ball gown. Replicating the dress is tricky because of the ruffled pattern and because of the many gradations of pink present in the fabric. Imgur user windbell re-created the look a few years ago for an Anime event and did a wonderful job. It helps that she was enrolled in a fashion education program at the time.

Windbell only had three weeks to make the costume, but she still invested time in finding the right fabrics. She didn’t get an exact match to the screen-used dress, but it’s close. Then she drafted the patterns too. She said:

The pattern of the base of the dress (so not the voiles- the outside layers, so to say) existed of 25 pattern pieces, of which at least half had to be cut out of the fabric twice. In total, including the shoulder straps and voiles, the dress ended up being built from 73 pieces of fabric sewn together.
I used 3 metres of base fabric, 7 metres of voile, 1.5 metres of lining and a blind zipper (which isn’t a blínd zipper, but it’s a zipper sewn in so that when closed it looks just like a seam).

Read more about the process on Imgur. 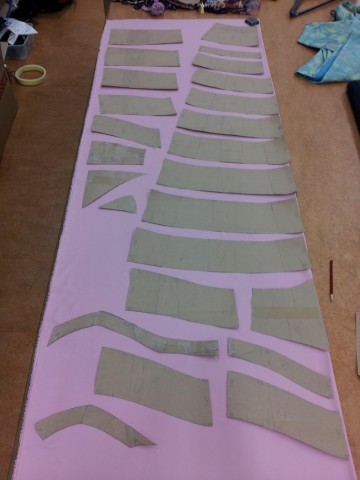 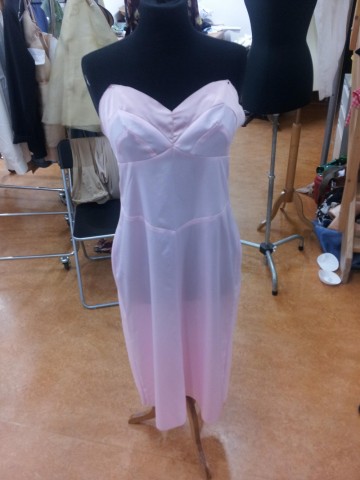