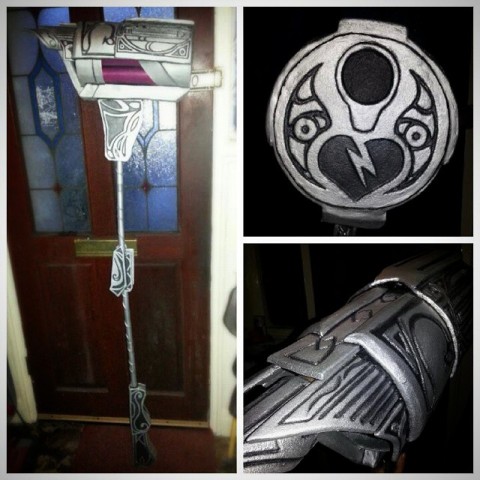 I haven’t seen much RWBY cosplay in the world, but Miss Chocobo-chan put together a Nora Valkyrie ensemble for MCM London last year. Nora wields a large hammer known as Magnhild. It’s also a grenade launcher. Of course. Chocobo-chan built the prop — it wasn’t done in time for the convention, but she completed it anyway. She said the build took a lot of time and money – more than she considered. She started with researching reference photos and re-watching scenes from the series with Nora. She then sketched out the pattern by hand on paper. She used pool noodles, EVA foam, craft foam, paint, Worbla, and a handful of other materials to finish the build. She focused on keeping the hammer light and portable.

This first part is actually really simple. I took my 2 Pool Noodles and cut them up into pieces about the right size for the barrel. Took one of these and shorted it a bit more and place that aside for now.
With the rest left over I covered all of these in Pink craft foam and then glued them together in a flower shape. The then glued to circles of card on both ends and on one of them a think strip that goes over the barrel and just past the circle. After all of these were covered in craft foam.

Next I took the shorter piece of pool noodle and carved and hole in the middle of it and a small one on the side just a little smaller than the till roll. I then covered both pieces and the back of the hammer in Worbla and then put it all together.

Read the complete process at DeviantArt. 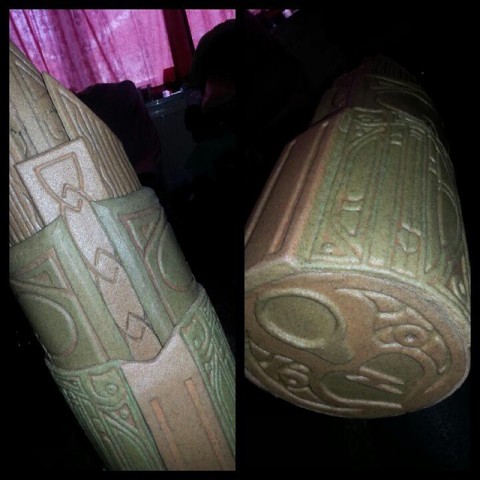 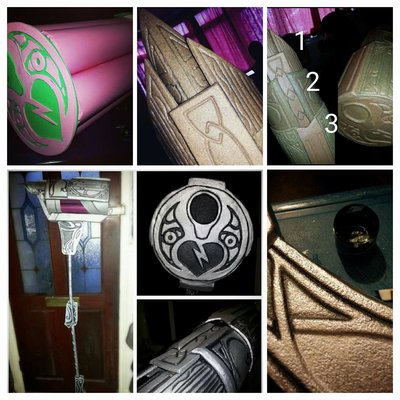