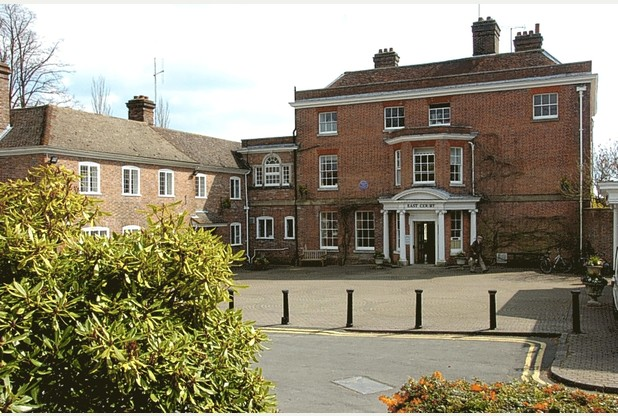 EAST Grinstead now has its own 24-hour webcam.

Residents will soon be able to see what is going on in the grounds of East Court all day, every day after a new webcam was installed by a student.

The camera is at first floor height on the back of the town council building and overlooks the estate out towards the Ashdown Forest.

It has been placed there as part of an IT project by Sackville School student James Akehurst in a bid to boost tourism in the town and monitor the weather.

The 18-year-old, who is in his second year of A-levels, said: “I had previously wanted to create a webcam for the town but never got round to it. This project gave me the motivation to create the system and get it running.

“It made sense having it at East Court, as the camera could be placed in one of the town council offices, and there is usually lots of activity on the East Court grounds which can be captured by the camera.”

It has taken since the summer for the Year 13 student to programme a minicomputer to take a photo every five minutes which will then be uploaded to the town council website.

James, who worked with the council’s website designer, said: “The software is made using a program called Python which is widely used and quite easy to learn.

“The program is installed on a small £20 computer called a raspberry Pi, which is designed for small computing projects and to teach children code.”

The town council’s head of finance Tony Neale said the council was happy to assist when the teen approached them.

He said: “James came up with the idea, told us what he was thinking of doing and we said we’d be happy to assist him.

“He wrote all the software, he wrote the script, he built the camera, he mounted it. We walked around the building and he decided on the best place to have it. I was thoroughly impressed.”

Now that the camera has been installed James has several new projects lined up.

He said: “I plan to use the new version of the Raspberry Pi, which only costs £4, to create a system similar to the technology in contactless credit cards which could be used as an attendance system or an electronic alternative to keys.”

To view the webcam go to www.eastgrinstead.gov.uk/tourism/east-court-webcam/