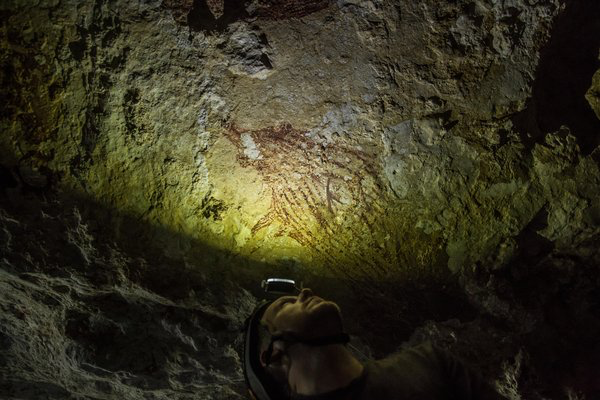 This ghostly babirusa has been known to locals for decades, but it wasn’t until Aubert, a geochemist and archaeologist, used a technique he developed to date the painting that its importance was revealed. He found that it is staggeringly ancient: at least 35,400 years old. That likely makes it the oldest-known example of figurative art anywhere in the world—the world’s very first picture.

It’s among more than a dozen other dated cave paintings on Sulawesi that now rival the earliest cave art in Spain and France, long believed to be the oldest on earth.

The findings made headlines around the world when Aubert and his colleagues announced them in late 2014, and the implications are revolutionary. They smash our most common ideas about the origins of art and force us to embrace a far richer picture of how and where our species first awoke.