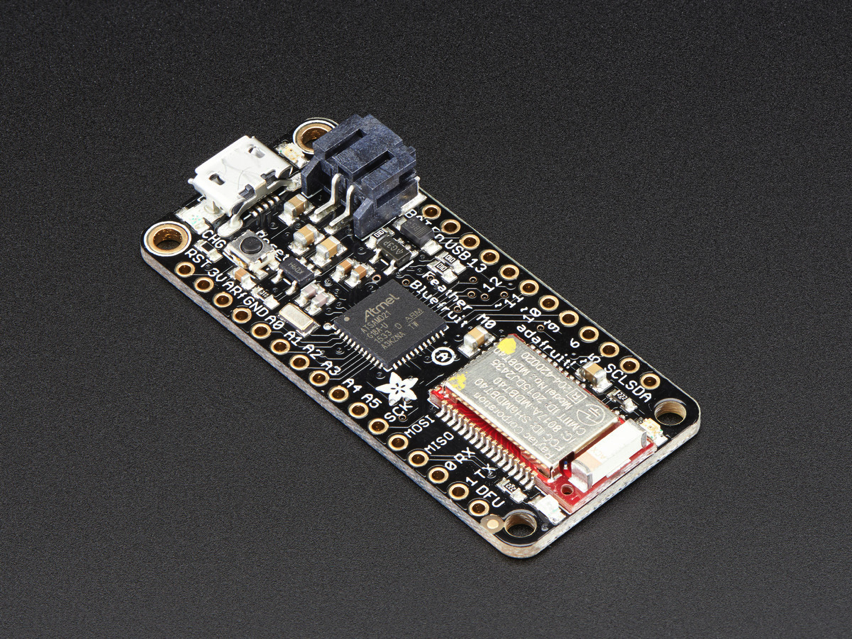 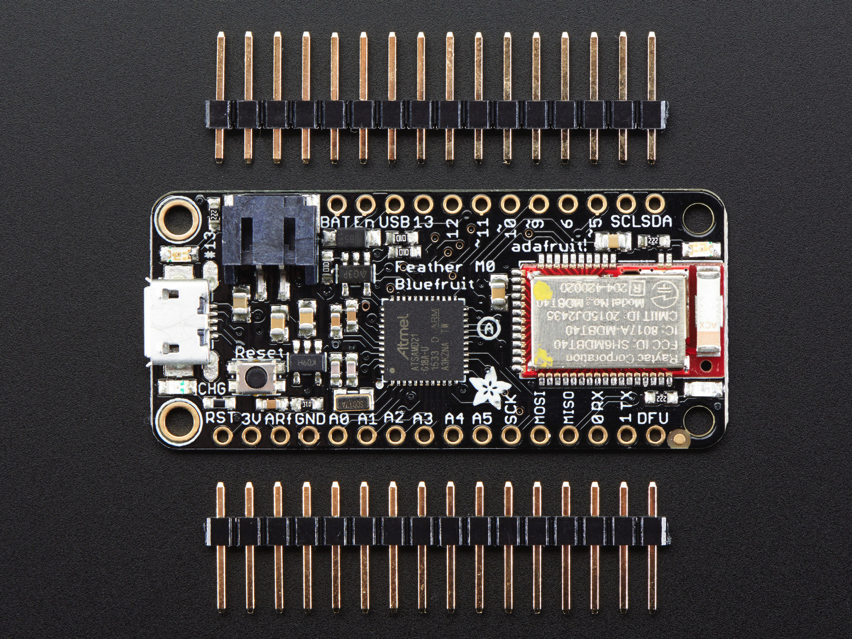 This is the Adafruit Feather M0 Bluefruit LE – our take on an ‘all-in-one’ Arduino-compatible + Bluetooth Low Energy with built in USB and battery charging. Its an Adafruit Feather M0 with a BTLE module, ready to rock! We have other boards in the Feather family, check’em out here.

Bluetooth Low Energy is the hottest new low-power, 2.4GHz spectrum wireless protocol. In particular, its the only wireless protocol that you can use with iOS without needing special certification and it’s supported by all modern smart phones. This makes it excellent for use in portable projects that will make use of an iOS or Android phone or tablet. It also is supported in Mac OS X and Windows 8+. 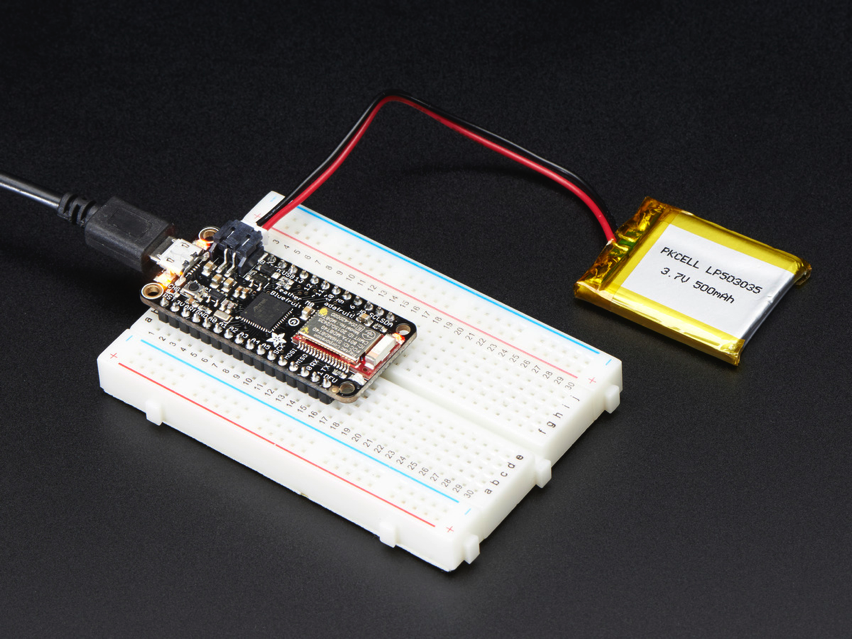 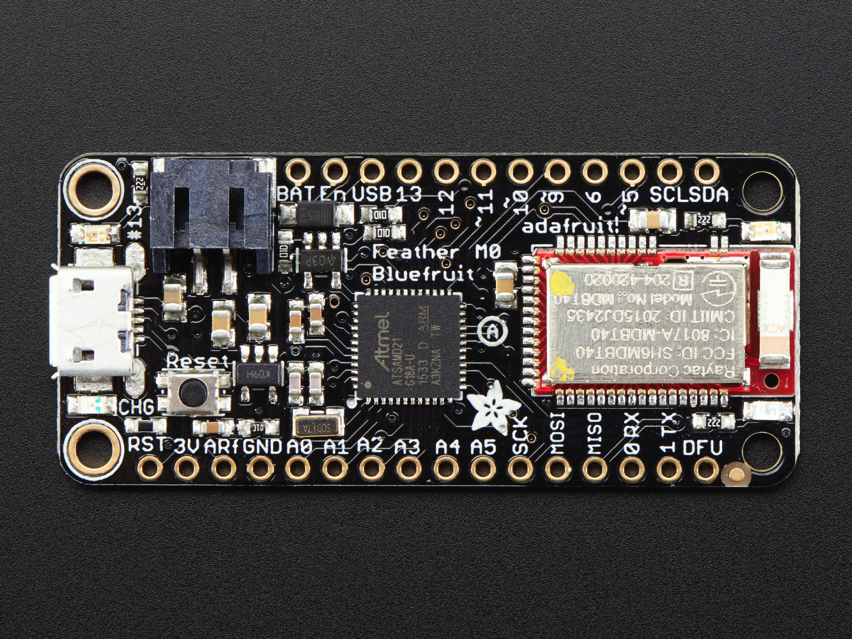 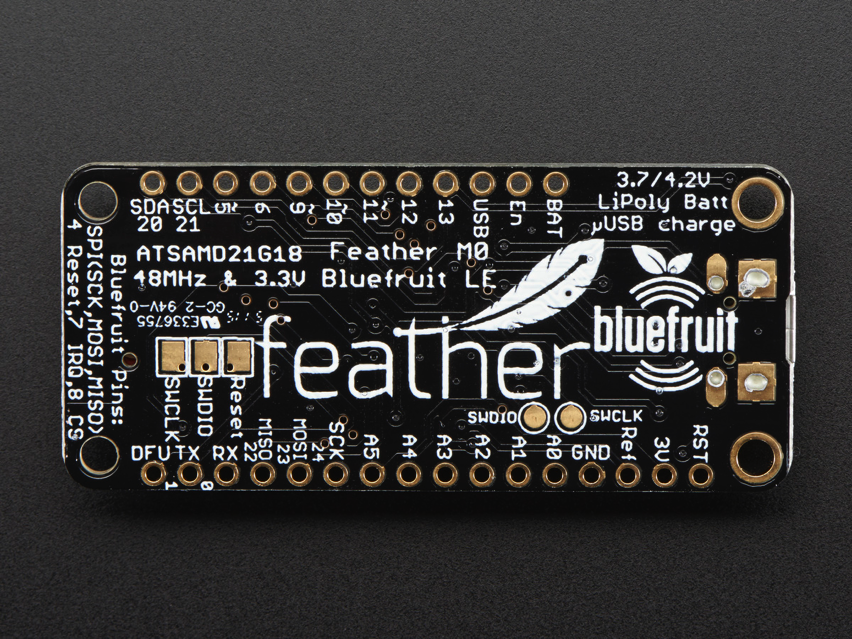 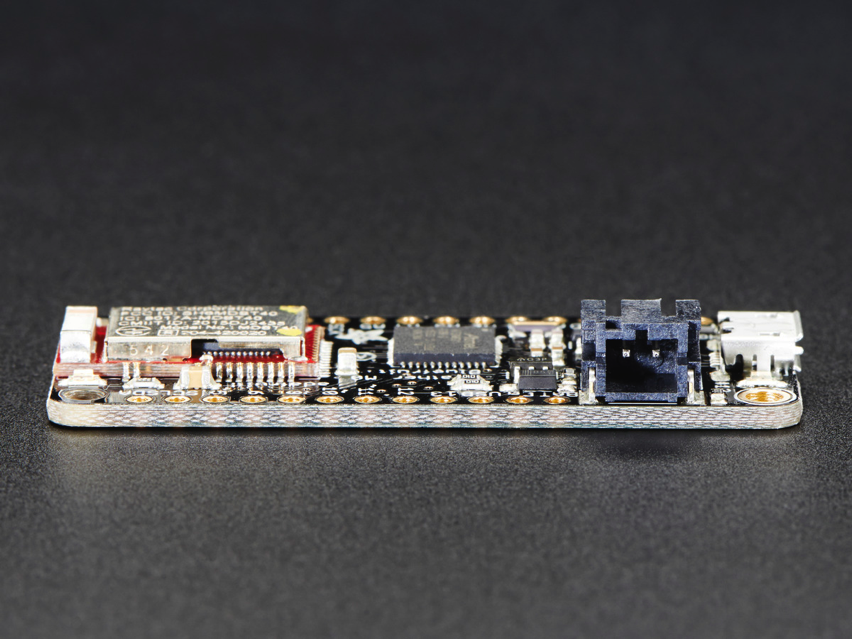 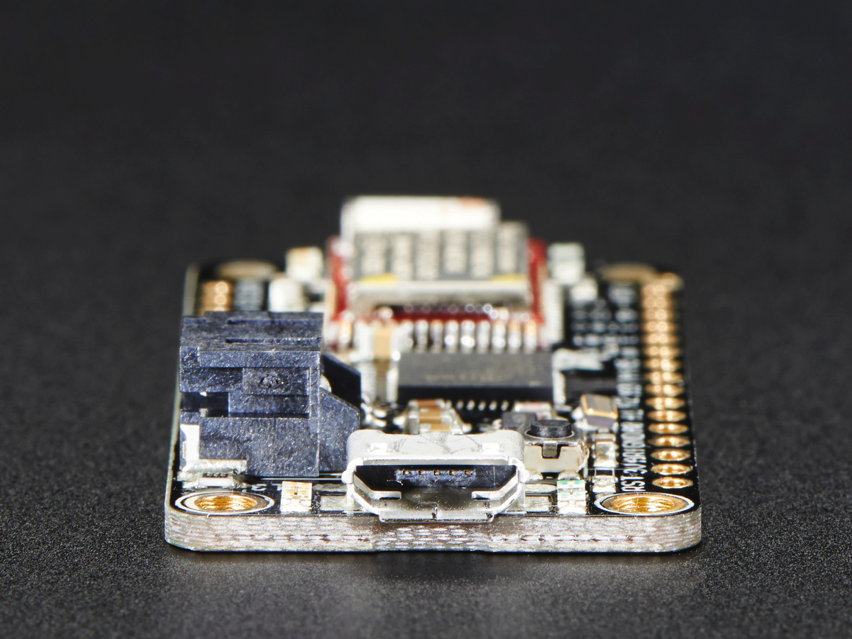 The Power of Bluefruit LE

The Bluefruit LE module is an nRF51822 chipset from Nordic, programmed with multi-function code that can do quite a lot! For most people, they’ll be very happy to use the standard Nordic UART RX/TX connection profile. In this profile, the Bluefruit acts as a data pipe, that can ‘transparently’ transmit back and forth from your iOS or Android device. You can use our iOS App or Android App, or write your own to communicate with the UART service.

The board is capable of much more than just sending strings over the air! Thanks to an easy to learn AT command set, you have full control over how the device behaves, including the ability to define and manipulate your own GATT Services and Characteristics, or change the way that the device advertises itself for other Bluetooth Low Energy devices to see. You can also use the AT commands to query the die temperature, check the battery voltage, and more, check the connection RSSI or MAC address, and tons more. Really, way too long to list here!

Use the Bluefruit App to get your project started

Using our Bluefruit iOS App or Android App, you can quickly get your project prototyped by using your iOS or Android phone/tablet as a controller. We have a color picker, quaternion/accelerometer/gyro/magnetometer or location (GPS), and an 8-button control game pad. This data can be read over BLE and piped into the ATmega32u4 chip for processing & control

You can do a lot more too!