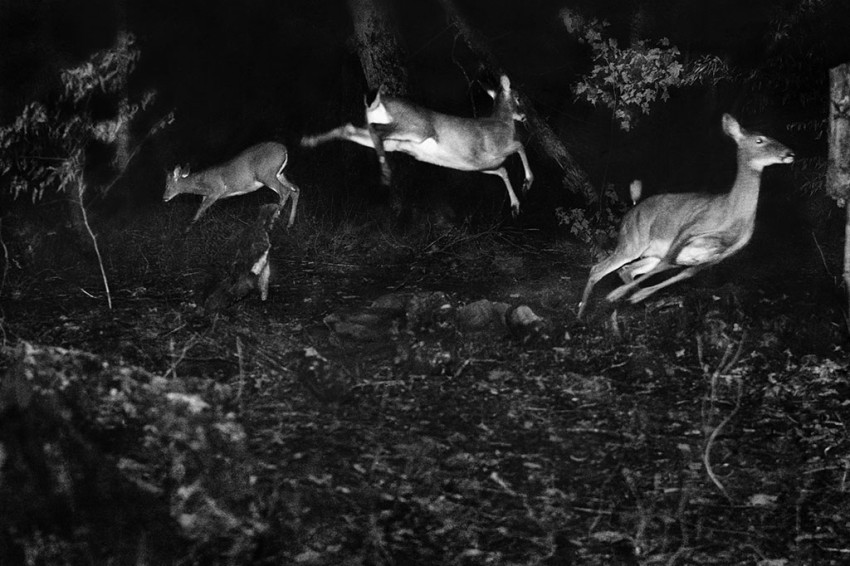 Striking early 20th Century wildlife photographs from National Geographic’s archives by George Shiras, which were all taken during the night using flash.

Last month National Geographic archivist Bill Bonner shared a beautiful book with me, In the Heart of the Dark Night, dedicated to the work of photographer George Shiras. As a newer photo editor at the magazine, I wasn’t familiar with his work. Shiras, who began photographing in 1889, is largely credited as the father of wildlife photography—he was the first to use camera traps and flash photography when photographing animals.

In 1906 National Geographic published 74 of his photographs, and in 1928, Shiras donated 2,400 of his glass plate negatives to the Society. These remain in our archive today.

Comments Off on Meet Grandfather Flash, the Pioneer of Wildlife Photography