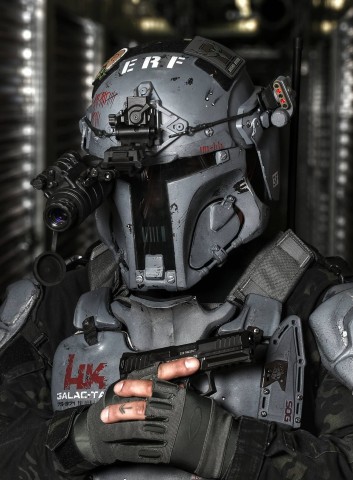 Body armor company AR500 Armor is taking a trip into the arena of cosplay. They teamed up with several other makers for a new project: Mandalorian armor. It’s a tactical take on the armor worn by the Mandalorians in Star Wars. Given that many Mandalorians we meet are warriors of one kind of another. The suit was designed and built by Ryan Flowers of Galac-Tac, and his work was enhanced with several parts from other companies such as AR500, Heckler & Koch, SOG Knives & Tools, SureFire, LLC, TEA Headsets, and more. They’ll be showcasing the armor at SHOT 2016, taking place January 19-22.

The suit comes with a T-shaped visor, chest and shoulder armor, gauntlets, the helmet, and a cod piece. It’s not for sale just yet, but AR500 will likely announce how you can buy it soon. Flowers has his other Mandalorian armor work available for purchase on his website. 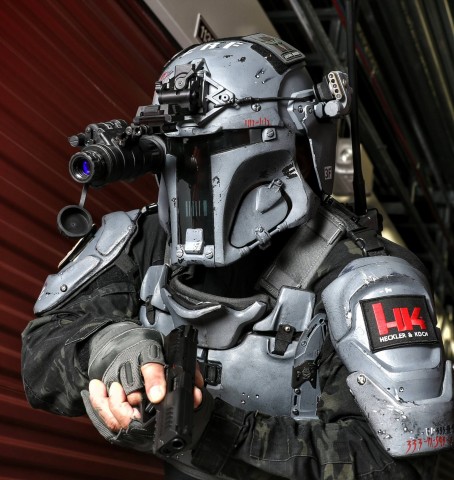 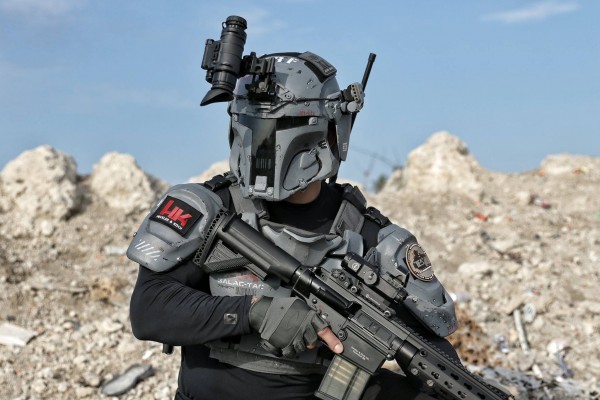