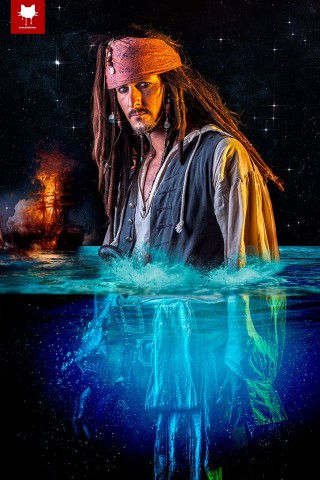 Cosplay culture has expanded so much in recent years that other professions and hobbies have sprung up around it. Prop-makers, seamstresses and seamsters, cosplay photographers are all part of the scene. Some cosplayers shoot on location at conventions, and others book shoots with local photographers in settings near them. The pictures can help make a costume, and Leigh, also known as Steamkittens, does an incredible job capturing cosplayers and their work. I talked to him about his background, processes, and more.

Adafruit: Tell me about your photography background.

Steamkittens: In 2008 I bought my first DSLR, it was an entry level Nikon D40x and I loved it. I’d always been interested in photography and finally had my hands on a camera I could experiment with, having only ever owned small point and click digital cameras. I hadn’t done any formal training at all so I just set about experimenting. Coincidentally around the same time we had adopted a couple of Cats from the RSPCA (Similar to the ASPCA), which are the perfect subjects for any new camera owner. Happy with a number of the shots I sent them into the shelter staff to thank them for all their help. They really liked the photos and in return invited me in to take photos of more animals for their adoption page. (I didn’t need to be asked twice.) This is what I photographed almost exclusively for the next 5 years.

What inspired you to start photographing cosplayers?

My other passion apart from Animal Welfare is a lifelong love of sci-fi/fantasy and although I had lots of friend who went to cons I didn’t go to my first convention until late 2012. I just remember seeing all these people in amazing costumes. I had my camera with me so I took a few candid shots, almost timidly asking people for photos.

I gained confidence over the next few cons throughout the next year, which admittedly are few and far between in Adelaide, Australia. I had been wanting to expand my photography knowledge for a while, especially flash photography and there’s only so much you can learn photographing cats and dogs. It didn’t take me long to realise cosplay photography served multiple purposes by giving me the ability to better learn photography and creative lighting while shooting people in the most amazing costumes from the genre I love, a genre that also lends itself perfectly to being augmented in post production.

Twelve months later I returned to that first con but this time with camera, light stands, speedlites and a bag full modifiers. It was the first con I went to specifically to shoot. It was that night after the con I decided to start my Facebook page and so Steamkittens was a born, a name that harks back to my animal welfare beginnings. 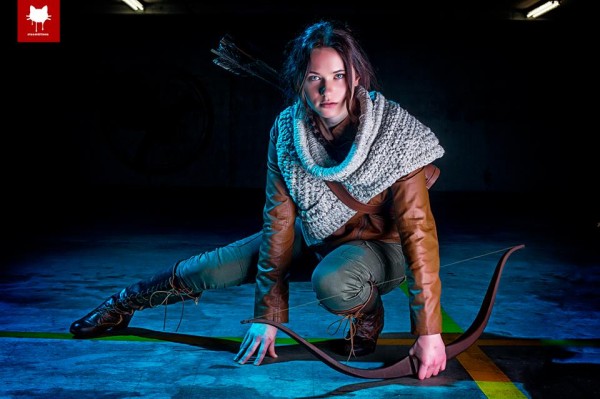 Your images have such striking backgrounds. How do you go about finding ideal spots outside convention centers?

I have never liked taking photos with the con floor in the background, or people behind my subject. I want to capture a character without all this noise in the way distracting from it. Plus if I am going to edit a scene in I need a consistent background that is easy to mask. So even at those early cons I dragged people to the side to photograph them against walls or partitions.

While most other photographers I know are outside a con trying to utilise the natural light I try to find the darkest corner possible.

If I book a shoot with a specific character I generally lookout for a location that will suite the character but there are limitations at most convention centres unless you can get into the loading docks that are more industrial. Even good greenery is tough to find.

These days I don’t move a great deal as my lighting setup isn’t that portable, and I lose so much shoot time just in moving gear. I know I’d get so many more photos if I went with a smaller setup and moved around more, so it’s all a compromise about the type of shots I want to get out of it.

I see cons as a great way to meet new cosplayers and spot amazing costumes. The far more creative photography and the striking backgrounds are taken at private shoots. I spend a lot of time looking out for amazing space and work out who I know with a costume to match. Other times it’s working with a cosplayer on a concept and finding a location to suite. Adelaide is one of the smaller state capitals in Australia and doesn’t have the diversity of locations like Melbourne or Sydney.

I have approached a number of heritage groups who have access to historical sites who have given me access to the old Asylum that was abandoned for 30 years, and an old Victorian manor and other locations.

Locations and studio shoots give you the flexibility to be more creative as you have more time and generally more gear.

My recent efforts have been making more backgrounds composed entirely in Photoshop. 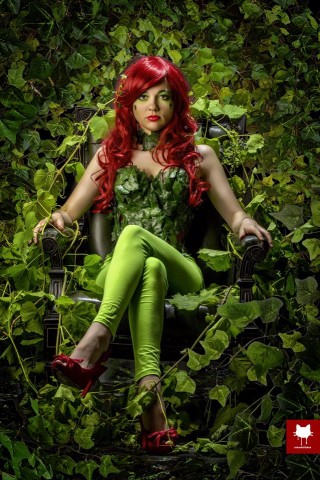 How do you book cosplayers to photograph?

I do the majority of my shoots on weekend and process whenever I get a spare moment. Photography is not a professional thing for me, most of it is done for fun or to learn. So while I get a lot of requests to do photo shoots I will generally only pick shoots that interest or challenge me is some area.

Leading up to a con weekend if I see posts on Facebook about a cosplayer bring an amazing costume I will try and contact them and organise a time. I’ll try and fill up about about 50% of the time with organised shoots and then rest of the time is to just grab people as they pass. I do generally find most cons are quite hectic and people always run late so organising shoots too close together is just asking for trouble.

I have never been to a con outside Australia but would love to travel to one of the big North American conventions at some point just to experience the difference.

What new skills have you learned because of photographing cosplayers?

What advice would you offer to photographers interested in working with cosplayers?

If you are a beginner the first thing I would do is look up the etiquette side of working with cosplayers. From a creative side of things, although technical knowledge does play a part, the only thing that limits a photographer is their own sense of limitation. I remember when I started out as a cosplayer photographer and saw other people’s photos and I’d say I wish I could take photos like that, dig elaborate sets, amazing locations etc. In 2014 on a flight to Vancouver I watch Ben Von Wong’s presentation to Google called Epic Photography and it really changed my outlook on photography and I decided I could take the photos I wanted if I chose to. Now I have people say I get to photograph the most amazing things and I do that because I choose to. Now I still haven’t got to shoot a model underwater on a reef in Thailand but once you remove the self-restricting barriers its opens up a lot more possibilities.