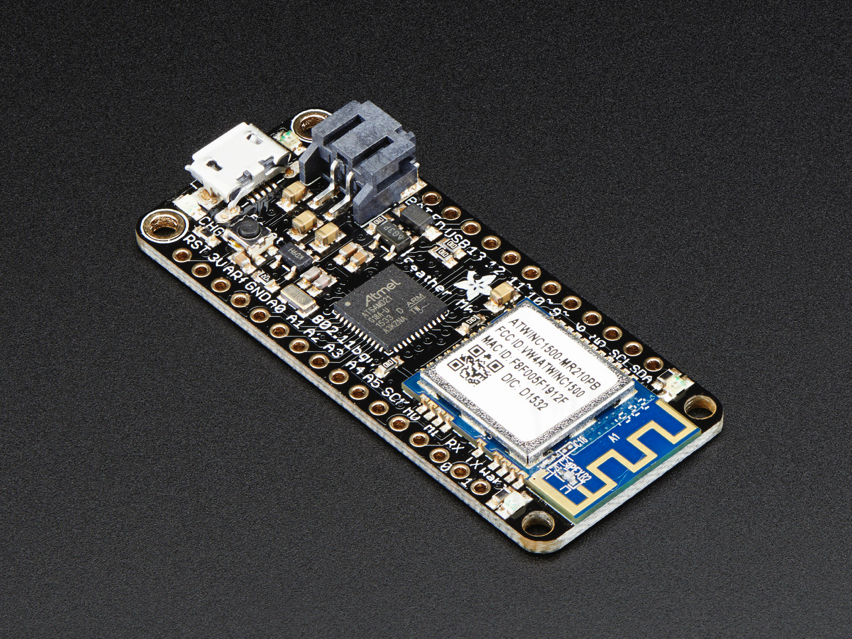 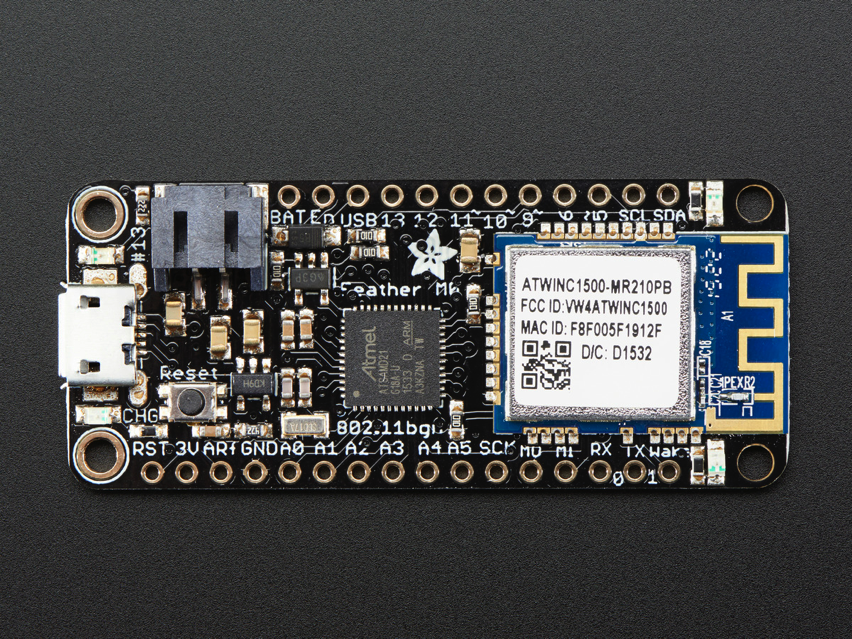 Feather is the new development board from Adafruit, and like its namesake it is thin, light, and lets you fly! We designed Feather to be a new standard for portable microcontroller cores.

This is the Adafruit Feather M0 WiFi w/ATWINC1500 – our take on an ‘all-in-one’ Arduino-compatible + high speed, reliable WiFi with built in USB and battery charging. Its an Adafruit Feather M0 with a WiFi module, ready to rock! We have other boards in the Feather family, check’em out here. 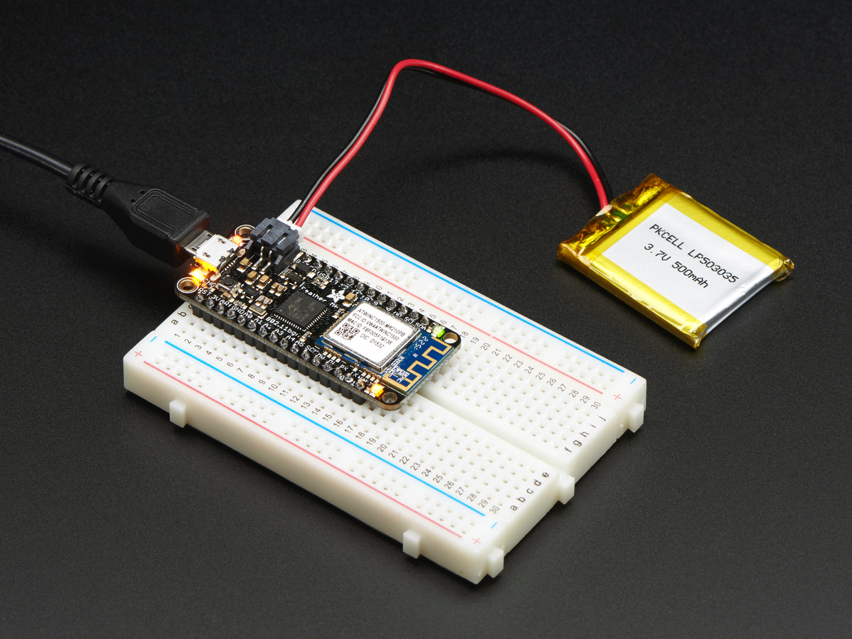 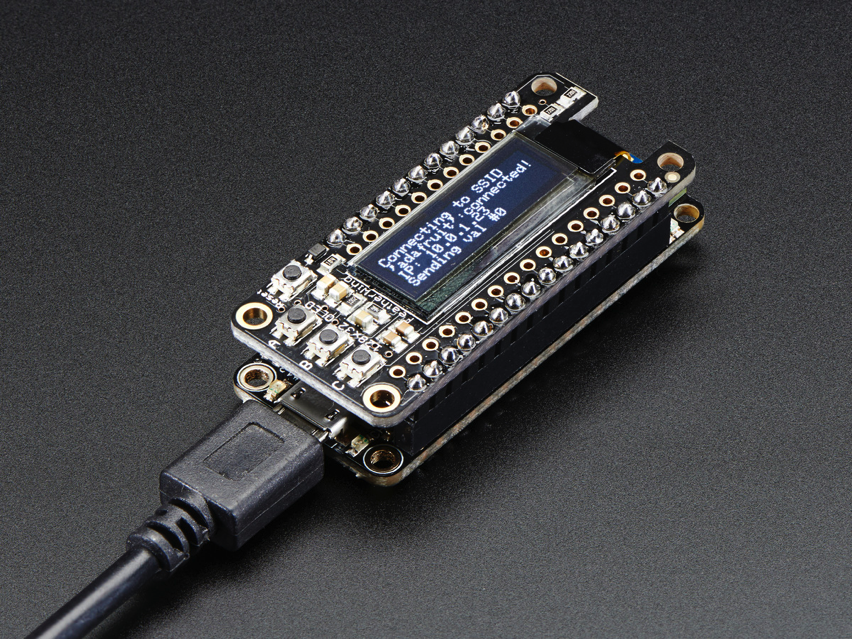 Connect your Feather to the Internet with this fine new FCC-certified WiFi module from Atmel. This 802.11bgn-capable WiFi module is the best new thing for networking your devices, with SSL support and rock solid performance – running our adafruit.io MQTT demo for a full weekend straight with no hiccups (it would have run longer but we had to go to work, so we unplugged it).

This module works with 802.11b, g, or n networks & supports WEP, WPA and WPA2 encryption. The datasheet says it can do Soft-AP mode but we don’t have any code to actually use that. You can clock it as fast as 12MHz for speedy, reliable packet streaming. And scanning/connecting to networks is very fast, a few seconds.

You might be wondering why use this when you can get a HUZZAH Feather? Well, you get a highly-capable Cortex M0+ processor with ton more I/O pins, lots of ADCs, a DAC, 6 total SERCOMs that can each do SPI, I2C or UART, plenty of timers, DMA, native USB, and a Real Datasheet. You can also stream data faster and more reliably with the ATWINC, 2Mbps+ without hiccups. You also don’t have to ‘yield’ all the time to the WiFi core, since its a separate chip. 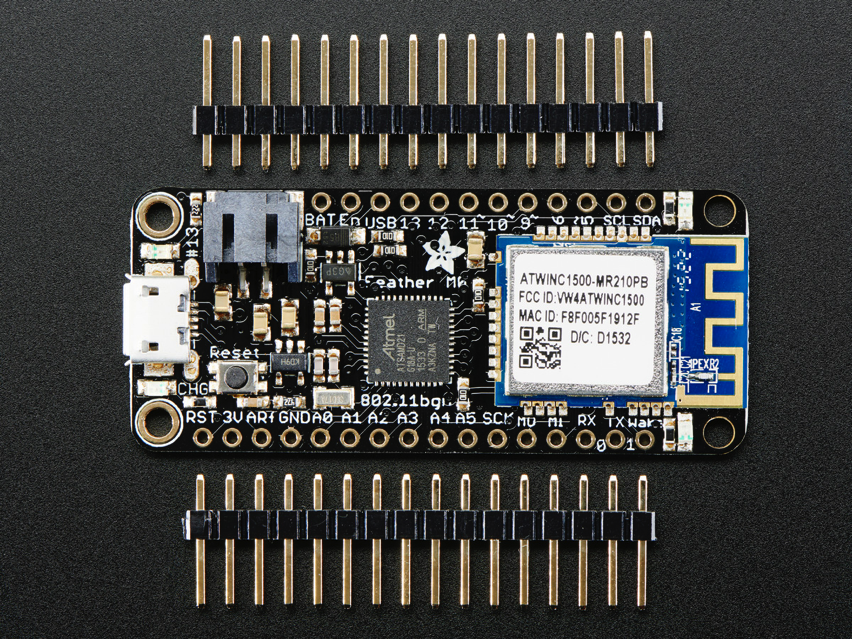 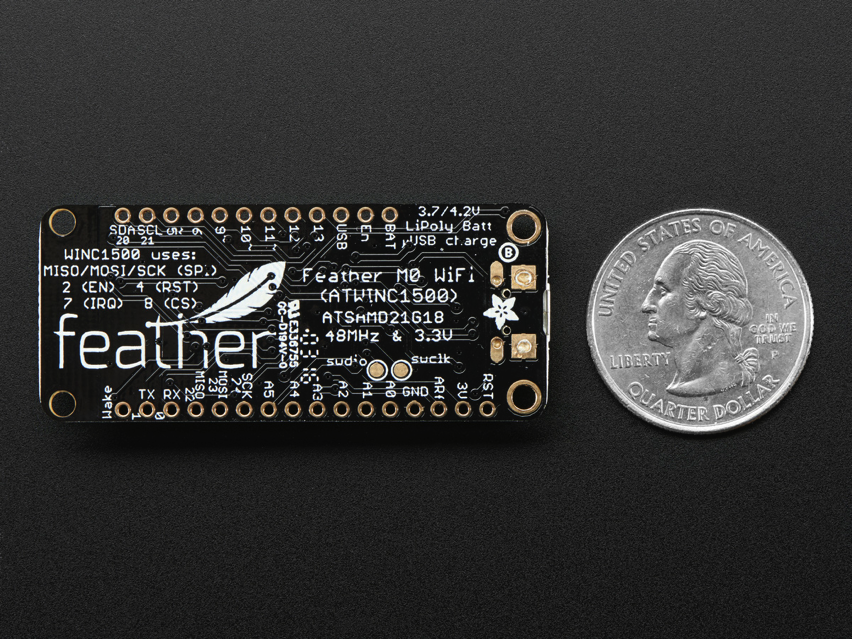 Coming Soon! Sign up to get notified when the first shipment comes in!