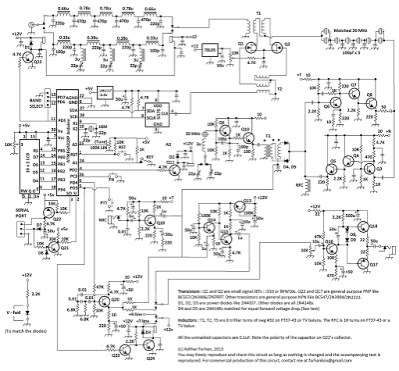 I have started my most ambitious electronics project so far. After building my Softrock RXTX I was eager to learn more about RF designs, and HF radios in particular. I came across Farhan, VU2ESE, via Soldiersmoke and decided to build a tranceiver based on his Minima.

There are three published versions, and many variations in between that are produced by others. All versions are based on a Si570 PLL Local oscillator and a discrete component BFO. 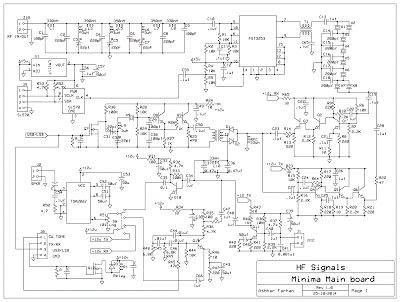 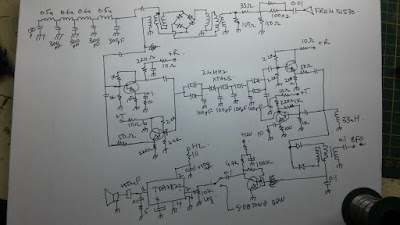 The third version uses a standard diode ring mixer and a TDA2822 audio amplifier and an IF of 24MHz. I have seen a few versions of the first Minima verison around the web, but I have not seen any of the other two.

Building my own version

I plan to base my design on the third vesion. It seems to be the simplest of the three, although it does not cover the whole HF spectrum. Since the IF is 24 MHz and it uses only one LPF it is limited to the frequencies below 24 MHz.

To make things a bit more interesting, I have planned to make a few alterations to the Minima 3. First, I will use a Si5351 as the local oscillator instead of the Si570. I used the Si570 in the Softrock RXTX so this gives me the opportunity to try something new. In addition, it contains three oscillators so one can serve as the LO while the other can serve as the BFO. N6QW has advocated for this several times, so why not give it a try.

Further, I will use ADE-1 double balanced mixers for both mixing stages. I will also use a standard LM386 as audio amplifier as I have many of those in the junk box.