From the NYPL Digital Collections: Apartment houses of the metropolis 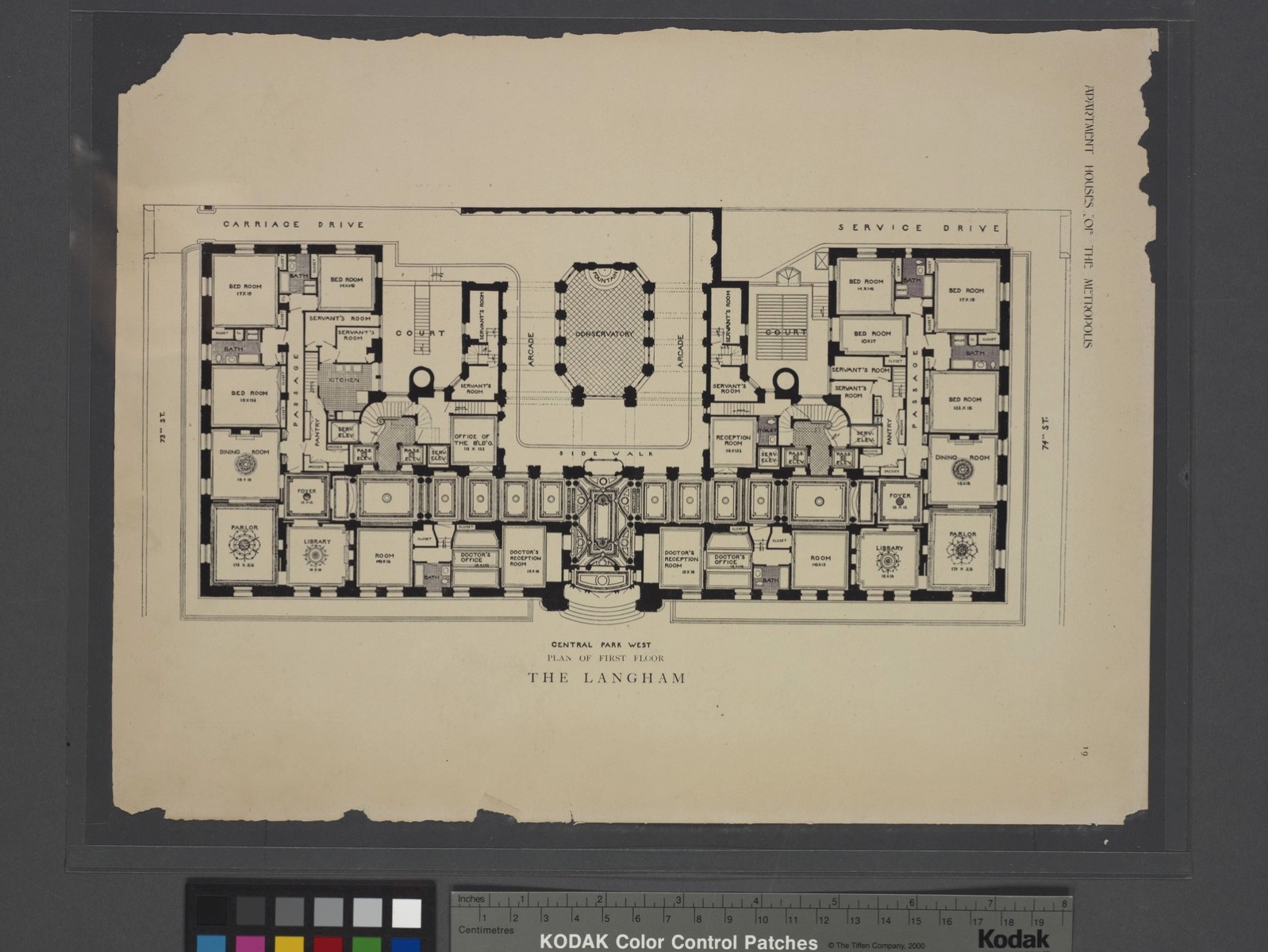 Any real New Yorker knows that part of living here means gawking at beautiful apartments you’ll probably never be able to see, let alone live in. As a part of their Digital Collections, The New York Public Library has released a set of luxury floorpans from early 20th Century New York apartment buildings. The documents illustrate the first blueprints of modern apartment living in the city as the middle and upper classes shifted away from owning private houses. The layouts are beautiful and a true gem for any NYC history or residential real estate buff, from The NYPL:

Until shortly after the Civil War the well to do in New York City lived in private houses, and only the working class and the poor lived in multiple dwellings. By 1870 “French flats” had been introduced as a new concept in middle class living. They were distinguished from the tenement houses of the lower classes by amenities such as parlors, separate dining rooms, a small servant’s room, and indoor plumbing. For further contrast, they also bore names adopted from French, English, and American cultural and historical sources. The apartment concept proved to be attractive and by 1900 half of the middle class were living in multiple dwelling units.

Comments Off on From the NYPL Digital Collections: Apartment houses of the metropolis