Most places, including the Amazon link above, will tell you that Brenda Starr was created by Dale Messick. 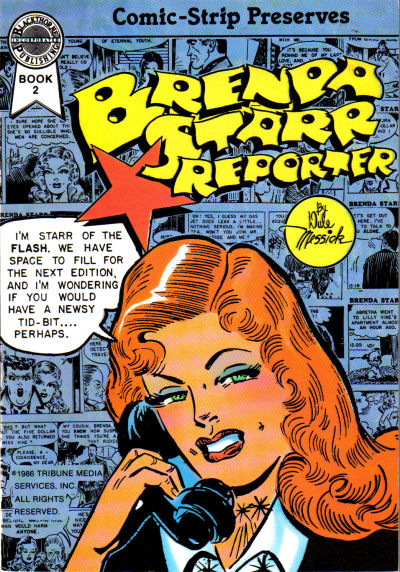 But Dale Messick is really Dalia Messick, one of the great heroes of comics. While Nell Brinkley, Gladys Parker, and Edwina Dunn all had success as comic artists before Messick, her 43 years working on Brenda Starr was unprecedented. 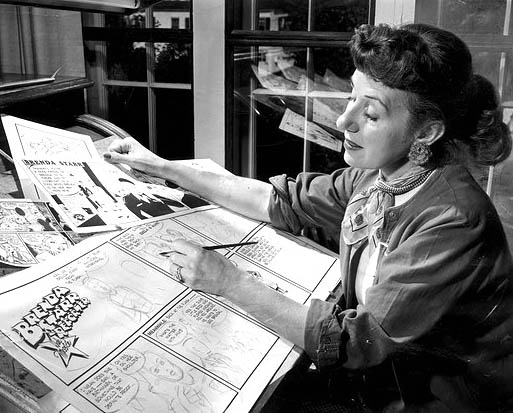 A brash, uncompromising figure, Messick wanted to write an adventure comic with a female protagonist — something almost unheard of at the time. When her proposal for a female pirate series was rejected, she came up with the idea of a reporter — something relatively respectable, but filled with possibilities for adventure and intrigue.

Even with its brash main character and subversive winks, Brenda Starr was an instant success.

From The Comics Journal: “From the very start, Brenda was independent and feisty as well as courageous and resourceful — not only a suitable protagonist in an adventure story but, as it developed, a thoroughly admirable role model for ambitious young women who could find no others of their sex much worth admiring on the comics page.”

Messick herself had this to say: “Brenda is the glamorous girl I wished I was. She’s what most women wish they were and what most men wish their women were, too. Whenever I hear from real reporters, they would all say their lives weren’t as interesting as Brenda’s. Who would have read Brenda if it was real life?” 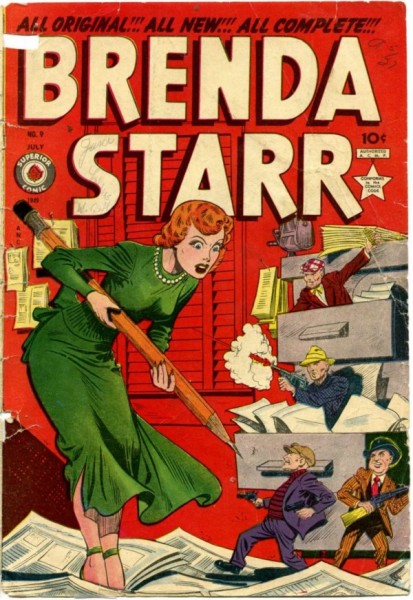 But the fact of Brenda’s presence in the world, and the fierce devotion and work ethic Messick brought to the piece inspired many along the way. Because even though Messick was far more concerned with keeping narrative balls in the air than she was the actual day to day of what being a reporter means, she opened the possibility of a life in journalism to many young women.

Pulitzer Prize-winning journalist Anna Quindlen: “I originally became interested in journalism because I read Brenda in the late lamented Philadelphia Bulletin. She had red hair, stars in her eyes (literally), and a dishy boyfriend with an eyepatch named Basil St. John. Sounded like a plan to me. Later on I embraced the allure of deadline storytelling and the professional obligation to ask strangers rude questions.” 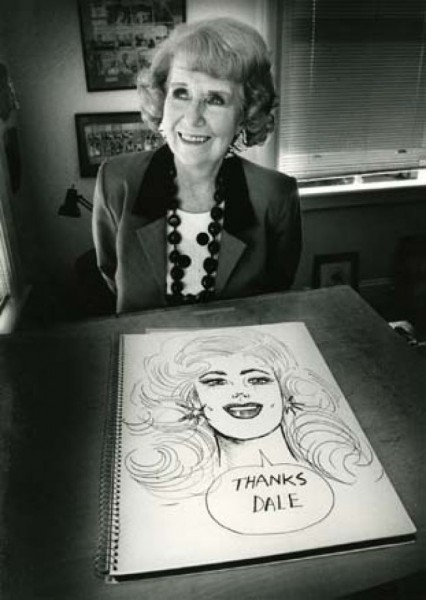 She never missed a deadline in 43 years.

Check out our previous posts Bee and the Puppycat, Spacetrawler, Grrl Power, Krazy Kat, She-Hulk, King City, The Whiteboard, Hubris, Akira, The Wicked and the Divine, Saga, Are  You My Mother?, Cairo,  Static, Elfquest, Hip Hop Family Tree, Finder, Peanuts, Love and Rockets, As the Crow Flies, Hellblazer, Strong Female Protagonist, Safe Area Goradže,  The Legion of Super-Heroes, The Arab of the Future, Barefoot Gen, Stay Still and Stay Silent, and The Invisbles!