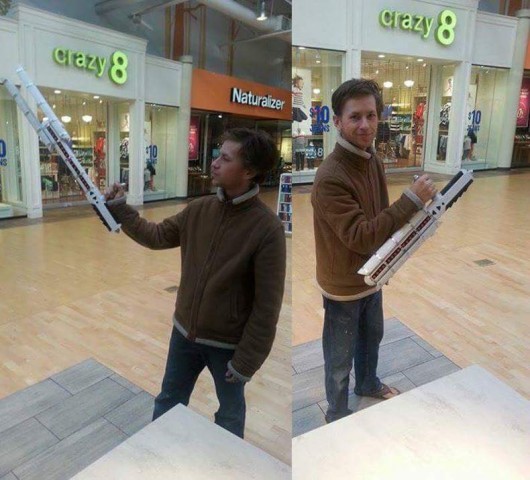 One First Order stormtrooper in particular made an impression in The Force Awakens: FN-2199. He’s the trooper who called Finn a traitor outside of Maz Kanata’s castle. Fans have dubbed him TR-8R. He and his riot baton have inspired a wave of memes at Tumblr, and I’m sure the character will be cosplayed at many conventions in the near future. Blu-Bin is helping that process by offering a 3D printed version of the prop. You can order an unfinished — unassembled and unpainted — kit for $150 or an assembled and painted baton for $250.

Get a look at the unfinished prop in this Facebook video.

via Kotaku, photo via Twitter, gif via Star Wars