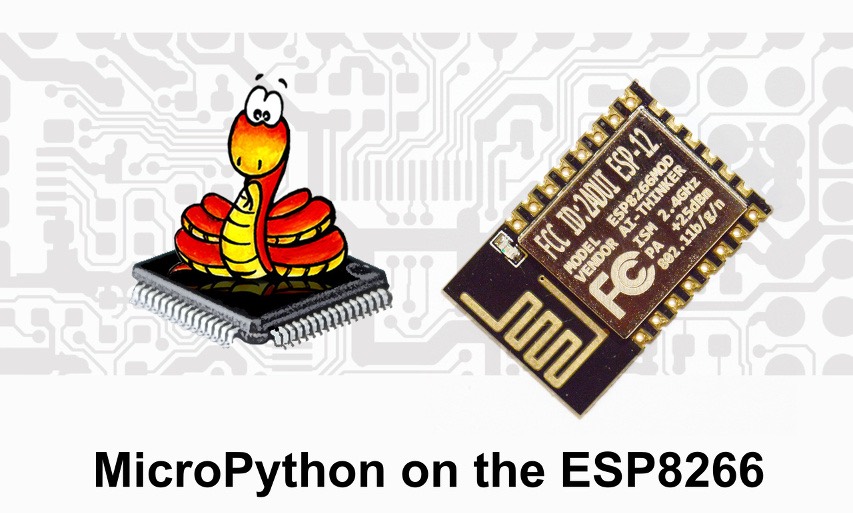 You may have heard of MicroPython, a lean and fast implementation of Python 3 made specifically to run on microcontrollers. It allows you to write high-level code but at the same time keeping you close to the bare metal.

You may have also heard of the low cost, ESP8266 Wi-Fi chip, which has had a big impact on the Maker community in the last year, and features on the Adafruit HUZZAH boards.

Both of these things are a perfect match for each other, since the Python language is particularly well suited for writing Internet apps. Right now there is a “MicroPython on ESP8266” Kickstarter campaign running, which aims to raise funds to support the Open Source software, and to get MicroPython running like clockwork on the ESP8266 chip. If you back this campaign you’ll get access to the MicroPython firmware, to run on your own ESP8266 board.

The code will run on all ESP8266 chips and development boards, but there is official support for the Adafruit HUZZAH board. There will also be drivers available for various add-ons like NeoPixels, temperature sensors, and Adafruit OLED displays. Backers can also vote for other things they would like to see support for.

One of the main technical aims of the project is to change the execution model used by the ESP8266 so that Python scripts can use proper Berkeley sockets. Basically you can create TCP and UDP sockets, and send and receive on them, just like you would on a PC. In fact, you can prototype your scripts on a PC and they’ll work exactly the same running under MicroPython on the ESP8266.

So if you want to be able to play with MicroPython on the ESP8266, head over to the Kickstarter page and become a backer!

We do not post many KickStarters, this is one we are 🙂