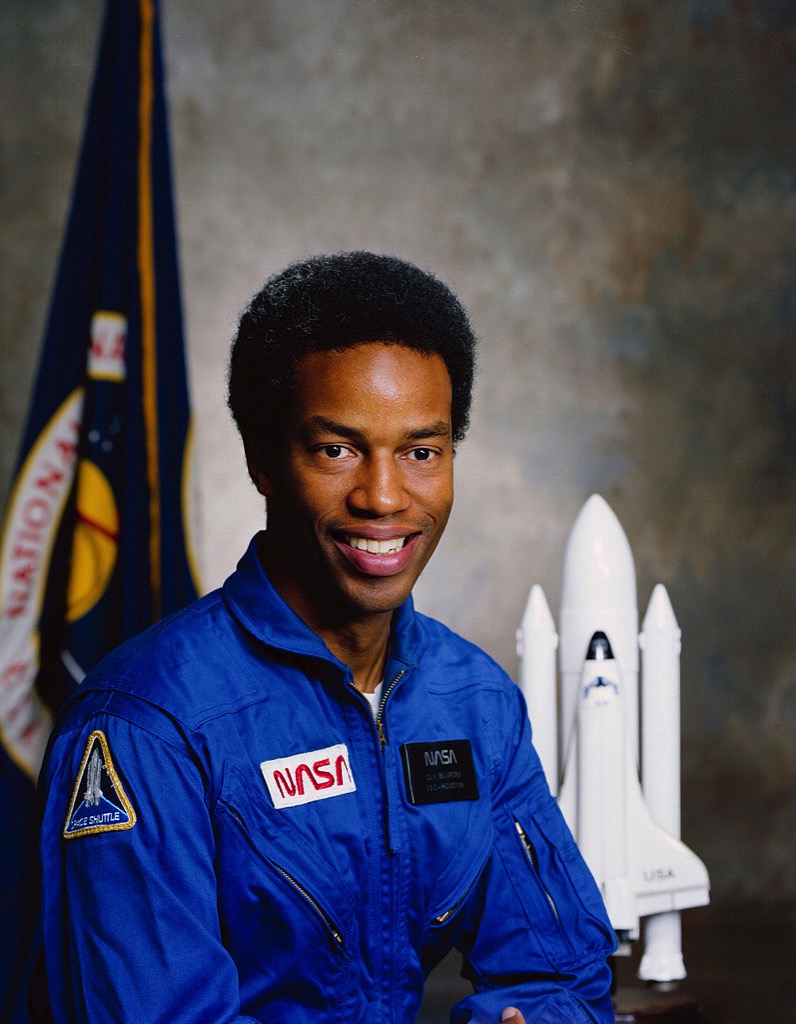 In 1983 Colonel Bluford became the first African American to travel to space, Via Bio

Of some 10,000 applicants to the National Aeronautics and Space Administration’s (NASA) space program, Guion S. Bluford was one of 35 chosen to join the new space shuttle team in January 1978. He officially became a NASA astronaut in August 1979.

Bluford made history on August 30, 1983, when he became the first African American to experience space travel. Bluford was a specialist for mission STS-8 aboard the space shuttle Challenger, which took off from the Kennedy Space Center in Florida for its first night launch. Over the course of 98 Earth orbits in 145 hours, Bluford and the crew operated a Canadian-built robot arm and conducted several biophysiological experiments. The mission ended on September 5, 1983, when the spacecraft touched down at Edwards Air Force Base in California in a night landing, another first for Challenger.

Two years later, on October 30, 1985, Bluford made his second trip to space as a specialist for mission STS 61-A aboard Challenger. He was among NASA’s largest crew to date for the first dedicated Spacelab mission directed by the German Aerospace Research Establishment (DFVLR). After completing 111 Earth orbits in 169 hours, Challenger landed at Edwards Air Force Base on November 6, 1985.

Following the tragic Challenger explosion in January 1986, Bluford returned to the classroom to receive a master’s in business administration from the University of Houston, Clear Lake, in 1987. However, he was determined to help the NASA space program get back on course. Despite nearly being grounded due to a herniated disc, he was back for mission STS-39 aboard the orbiter Discovery. After taking off on April 28, 1991, the crew conducted experiments for the U.S. Department of Defense, completing 134 orbits in 199 hours before landing on May 6, 1991.

Bluford made one final trip to space on December 2, 1992, as one of five crew members of mission STS-53 aboard Discovery. Carrying a classified payload for the Department of Defense, the crew logged 115 orbits in 175 hours, returning safely on December 9, 1992. Having compiled a total of 688 hours in space, the distinguished astronaut retired from both NASA and the Air Force in 1993. 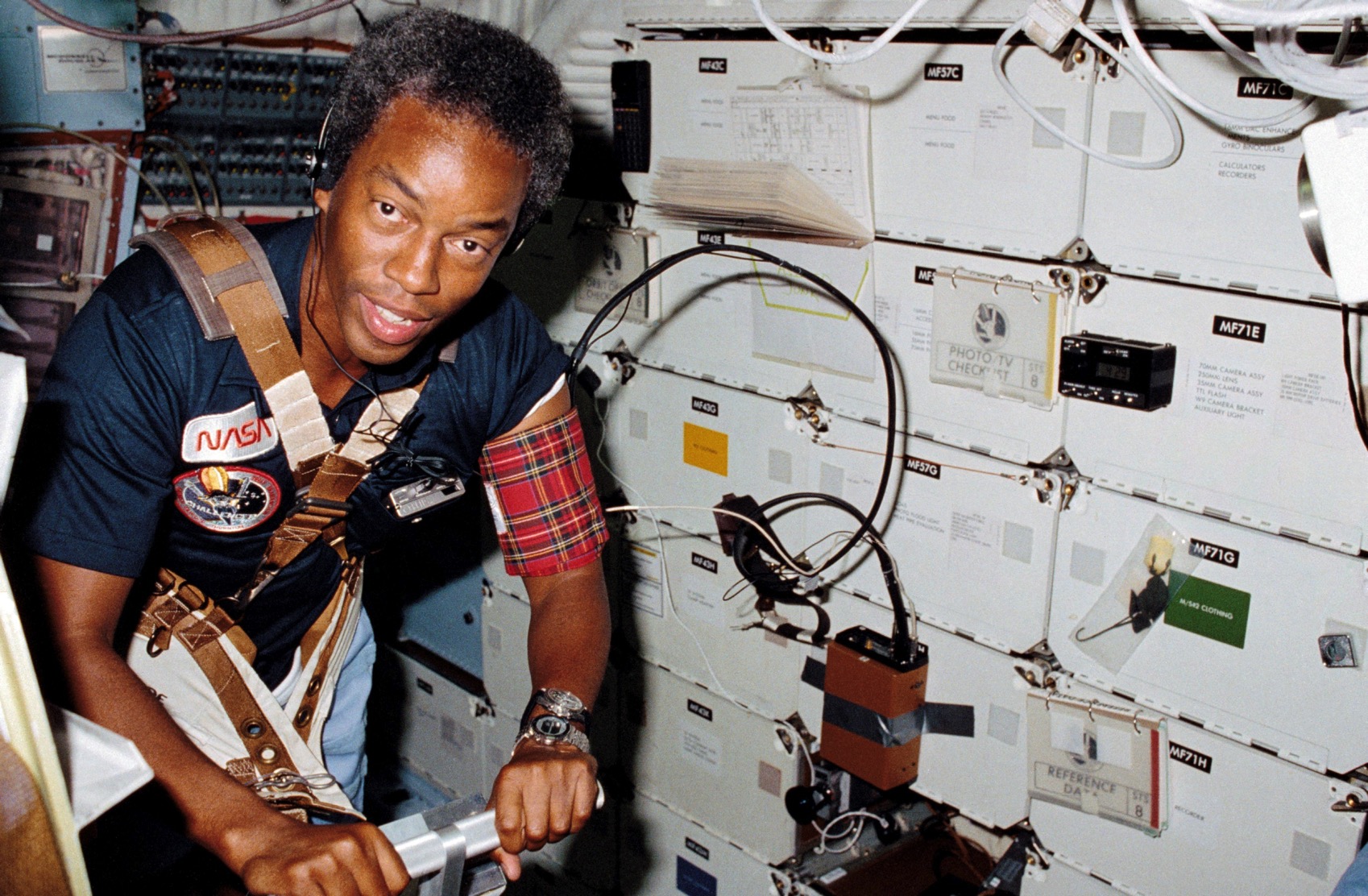