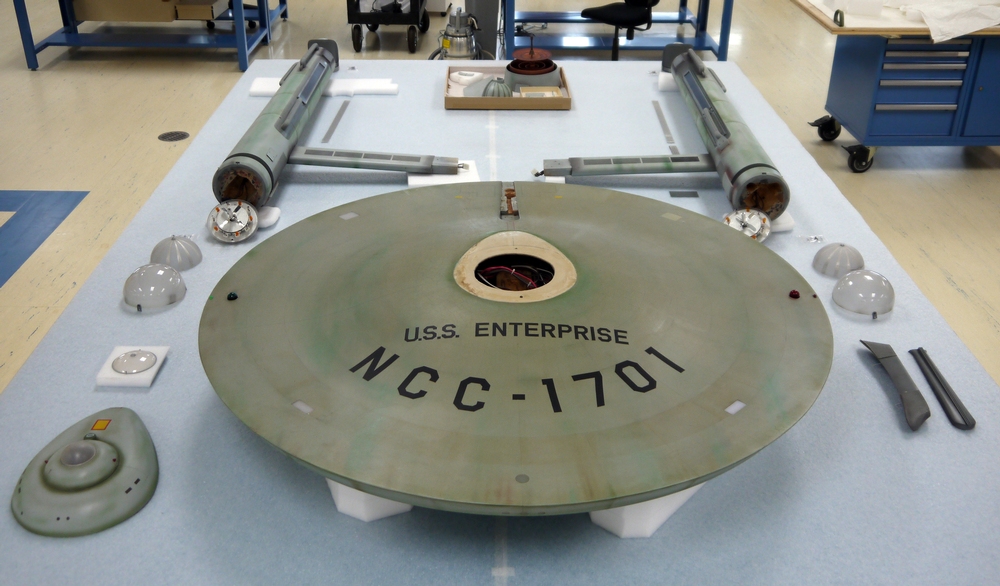 Great news for Trekkies! From NationalAirandSpaceMuseum.

Stardate 1601.28: After a year of extensive research, conservation work on the original studio model of the USS Enterprise is now underway in the Museum’s spacedock. Our goal is to stabilize the model and return it to its appearance from August of 1967, during the filming of the episode The Trouble with Tribbles, which marked the last known modification of the ship during the production of Star Trek. The model appeared in all 79 episodes of the original series, and was donated to the Smithsonian in 1974. It will go back on public display in the Boeing Milestones of Flight Hall this year, in time for the Museum’s 40th birthday in July and the 50th anniversary of Star Trek in September. Visitors to our third annual Open House at the Steven F. Udvar-Hazy Center on Saturday, January 30 can catch a glimpse of the work in progress.