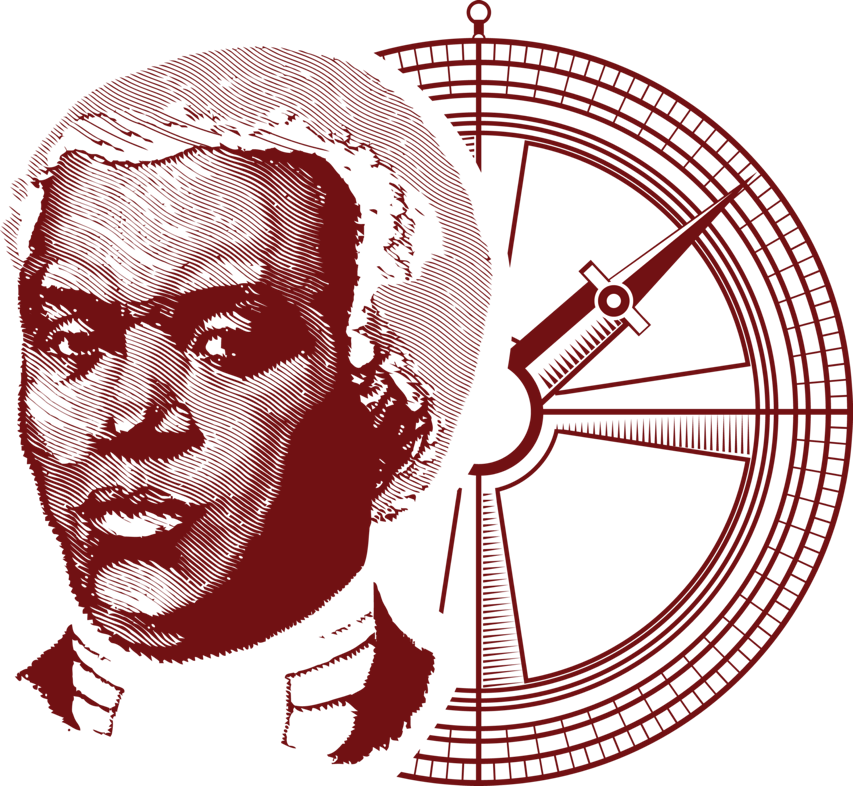 He showed an early interest in mathematics and mechanics, preferring books to play.

At the age of 22, having seen only two timepieces in his lifetime — a sundial and a pocket watching — Banneker constructed a striking clock almost entirely out of wood, based on his own drawings and calculations. The clock continued to run until it was destroyed in a fire forty years later….

In 1788, with tools and books borrowed from Ellicott, Banneker nearly accurately predicted the timing of an eclipse of the sun, discovering later that his minor error was due to a discrepancy in his expert sources rather than a miscalculation on his part.

In 1791, Banneker accompanied Major Andrew Ellicott to the banks of the Potomac to assist him in surveying the new federal city that would become the nation’s capital. A notice first printed in the Georgetown Weekly Ledger and later copied in other newspapers stated that Ellicott was “attended by Benjamin Banneker, an Ethiopian, whose abilities, as a surveyor, and an astronomer, clearly prove that Mr. Jefferson’s concluding that race of men were void of mental endowments, was without foundation.”

In 1792, Banneker published an almanac, based on his own painstakingly calculated ephemeris (table of the position of celestial bodies), that also included commentaries, literature, and fillers that had a political and humanitarian purpose. The previous summer, he had sent a copy of the ephemeris to Thomas Jefferson, along with a letter in which he challenged Jefferson’s ideas about the inferiority of blacks.

Between 1792 and 1797, Banneker published six almanacs in twenty-eight editions. He continued to live alone, selling off and renting his land, then giving the rest to the Ellicotts in exchange for a small pension. He died in 1806. On the day of his burial, his house and its contents (including his clock) caught fire and burned to the ground.