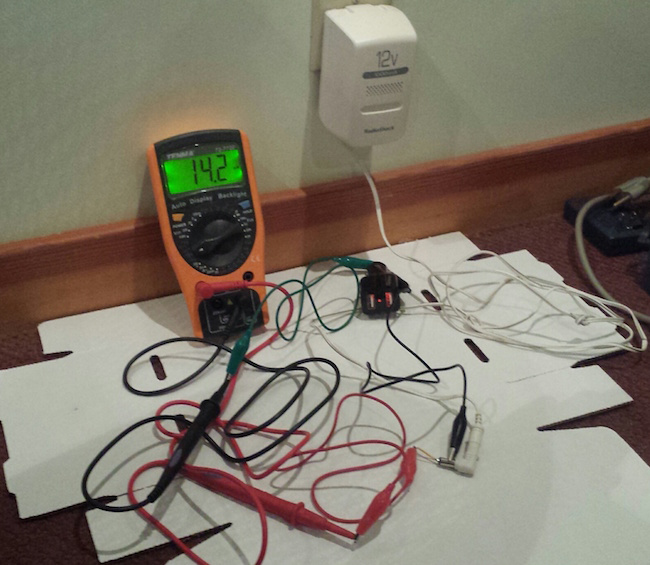 Ever wondered if leaving your car charger plugged in will drain your battery? Big Mess o’ Wires investigates and finds out.

How much current does a typical USB car charger consume, when nothing is charging? Zero? Microamps? Milliamps? Is it enough to be concerned about draining the car’s battery? There’s no better way to find the answer than direct measurement, so let’s go!

My 2016 Mazda CX-5 has two built-in USB ports, which can theoretically recharge my mobile phone while I’m driving around, but the rate of charge is so slow as to be nearly useless. In an hour of driving, it might raise the phone’s charge level by 15%. To get faster charging, I purchased a USB car charger that fits in the 12V jack in the car’s center console: the ubiquitous jack that was once the cigarette lighter in years gone by, but has now been repurposed as a place to plug in dash cams, DVD players, and other car accessories.

The new USB car charger works fine, and can recharge my phone from zero in about an hour, but it leaves me with a lingering worry. The 12V jack in the 2016 Mazda is not switched by the ignition, but is powered all the time regardless of whether the car is on or off. That means when the car is sitting parked, with the engine off, the USB charger is still drawing current. If I were foolish enough to leave some power-hungry appliance connected, it could quickly drain the car’s battery. But even with nothing connected, the USB charger will still draw some standby current. To measure it, I put together a quick test involving a 12V wall supply, the USB charger, a multimeter, and lots of alligator clips.

Comments Off on Standby current of a USB car charger