Daisy Gatson Bates played a huge role in the civil rights movement but many people have not heard of her before. She was so important to the movement in Alabama that they established the third Monday in February as “Daisy Gatson Bates Day” and made it an official state holiday. Daisy fought for integration in the schools of Arkansas and became a mentor to the Little Rock Nine – nine high schoolers who attempted to enroll in an all white high school in their area. 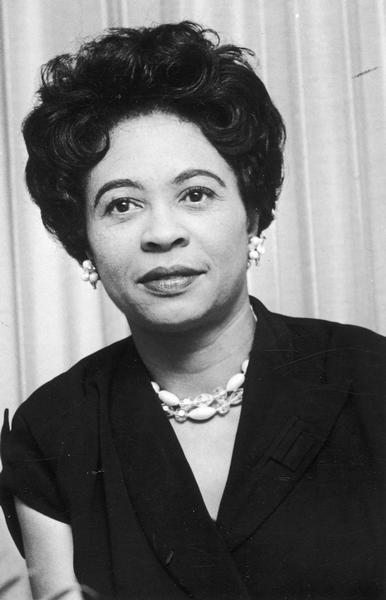 Bates and her husband were important figures in the African-American community in the capital city of Little Rock. They published a local black newspaper, the Arkansas State Press, which publicized violations of the Supreme Court’s desegregation rulings.

The plan for desegregating the schools of Little Rock was to be implemented in three phases, starting first with the senior and junior high schools, and then only after the successful integration of senior and junior schools would the elementary schools be integrated. After two years and still no progress, a suit was filed against the Little Rock School District in 1956. The court ordered the School Board to integrate the schools as of September 1957. “The battle for the soul of Little Rock had indeed begun, and Bates entered vigorously.”

Realizing her intense involvement and dedication to education and school integration, Daisy was the chosen agent. After the nine black students were selected to attend Central High Mrs. Bates would be with them every step of the way.

As the leader of NAACP branch in Arkansas, Bates guided and advised the nine students, known as the Little Rock Nine, when they attempted to enroll in 1957 at Little Rock Central High School, a previously all-white institution. The students’ attempts to enroll provoked a confrontation with Governor Orval Faubus, who called out the National Guard to prevent their entry. The guard only let the white students to pass the school gate. Eight students out of the nine were asked to go back home. But a student called Elizabeth Eckford who didn’t receive the message from Daisy Bates last night met a mob, when she was trying to find other eight students in that morning. White mobs met at the outside of the school school and threatened to kill the black students; these mobs harassed not only activists but also northern journalists who came to cover the story.

Bates used her organizational skills to plan a way for the nine students to get into Central High. She planned for ministers to escort the children into the school, two in front of the children and two behind. She thought that not only would they help protect the children physically but having ministers accompany them would “serve as powerful symbols against the bulwark of segregation.” Bates continued with her task of helping the nine enroll in school. She spoke with their parents several times throughout the day to make sure they knew what was going on. She joined the parent-teacher organization, even though she did not have a student enrolled in school. She was persistent and realized that she needed to dominate the situation in order to succeed.