One of the great and terrifying things about living in the world today is the radical multiplicity of stuff to consume. There are more shows, books, bands, web series, than there ever have been before — so many that if you decide what you want to see, there’s likely something out there just for you.

So if you’re looking for a canny take on the Magical Girl trope that brings together an all female group of multicultural college students that touches on themes of friendship and coming of age that tackles sensitive issues like eating disorders and self harm, look no further than Agents of the Realm by Mildred Louis. 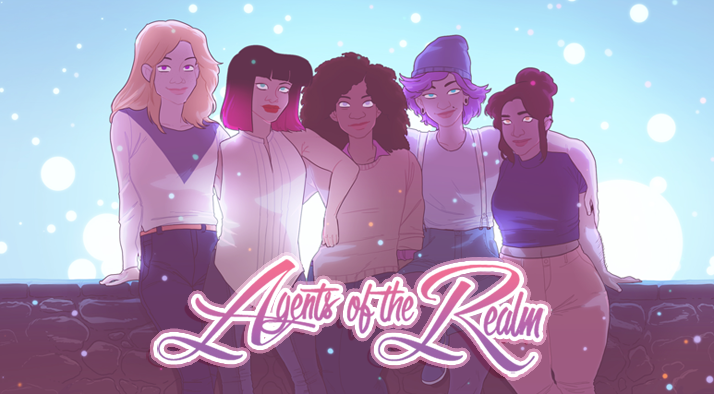 The Magical Girl genre (also known as mahou shoujo or majokko) began in Japanese manga and anime in the 1950s. Magical Girl series center around a girl or young woman with magical powers that complicate their lives, but the responsibilities and conflicts the magical powers also lead to personal growth and coming of age. 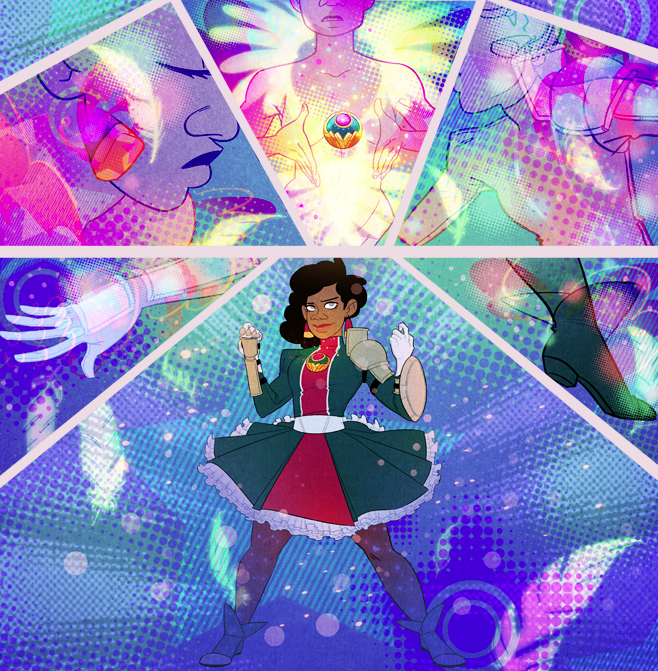 In Japan Magical Girl stories are marketed everyone. They’re read by girls and boys, men and women, young and old. They range from light and campy to dealing well with deeper issues.

For Agents of the Realm,  Mildred Louis wanted to combine her love of manga like Sailor Moon with her college experiences to create a fun, adventurous, emotionally charged, and thematically brave series for all ages. It also gives Louis a chance to bring new perspectives into comics.

Mildred Louis had this to say:

When you go a lot of your life without coming across that many [other black comics creators], you start to feel like maybe that’s not a space you’re entitled to or even really allowed to be in. So it’s honestly been a truly inspiring experience and I hope that my own work makes it easier for other Black creators to enter the scene as well. I think overall as a community, it’s very clear we’re looking to help foster a positive and supportive environment. We all know what it’s like to feel shut out, and we’re all working to make sure that doesn’t keep happening.