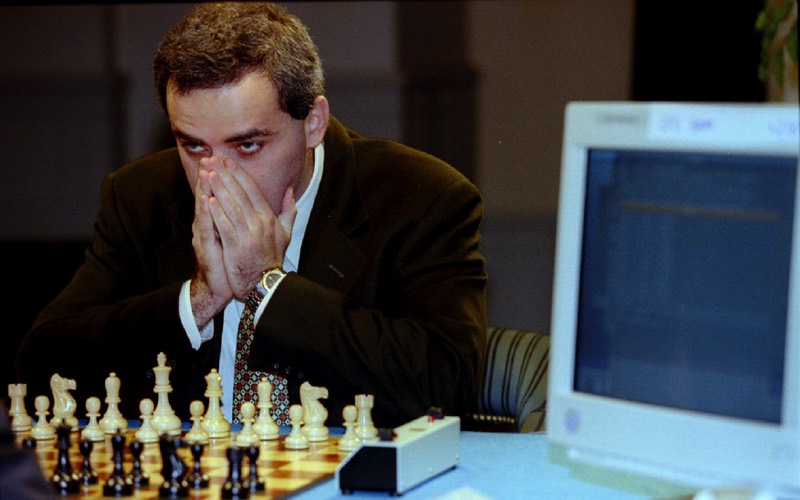 In the annals of man versus machine, few contests can surpass Garry Kasparov versus Deep Blue, the world chess champion against the world’s most accomplished chess computer, for sheer drama.

Garry Kasparov during his match against Deep Blue in 1996. Credit Barbara L. Johnston/Reuters

One was crowned a winner 20 years ago today, after a match in Philadelphia.

Deep Blue, which could search more than 100 million chess positions a second, was untested. Its best chance of winning was to take the early games of the six-game match before Mr. Kasparov caught wind of the computer’s tendencies.

Deep Blue trounced Mr. Kasparov in the opener. But, as expected, he picked up on Deep Blue’s weaknesses, and adjusted his game to exploit them.

It was all Mr. Kasparov in Game 2, followed by draws in Games 3 and 4. Then Deep Blue bungled its position in Game 5, and it was over. Mr. Kasparov won that one and Game 6.

But the reign didn’t last long. Deep Blue won the rematch in 1997. It is now retired at the Smithsonian Institution.

The project inspired Watson, an I.B.M. computer that beat two of the best players in the game show “Jeopardy!” in 2011.

Of course, it’s people’s ingenuity that built these machines, so it’s really humanity’s creation getting the better of humanity.