If you are a Star Wars fan, you might be in the know about the contest “Are You an IOT Jedi?” over at Hackster.io. They had some great submissions, but this one really had me giddy because I love droidish. I even have an R2D2 phone skin with matching graphic and sound effects. So, these two Star Wars Droid Translator Helmets created by Minimum Effective Dose (Donald) from Edmonton, Canada, had me from the start. This is the perfect head covering for those uncomfortable parties where you know you’ll experience social anxiety disorder, but want to go anyway because it involves costumes. You can speak quietly with your friend on the inside, but it’s all droidish on the outside. LOVE!! You can get an idea of the inside vs. the outside in this video.

Here’s the details on what is going on with the helmets “with a little smoke and mirrors” as Donald would say.

The parts behind the Uvex Bionic Face Shield include a Particle Photon starring as the microcontroller with some Adafruit on the audio side, including our Audio FX Sound Board and Audio Amplifier. However, the real speech magic is done with a QRB1114 IR Reflective Sensor and a Throat Sensor. For more details, definitely check out the project page. 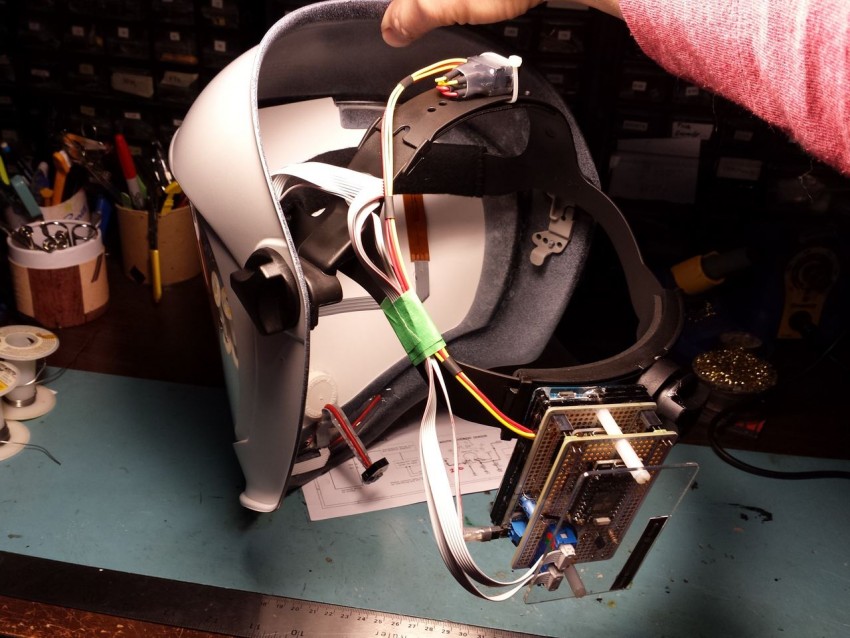 One of the most interesting challenges on this project was creating the droid language. Here’s Donald’s explanation of the issue.

When I started the project, I thought I would just get by with some ‘fake’ Droid sounds — I’ll generate some beep and boop tones and notes, probably a Markov Chain to guide some notes to others so that the “random” notes sound good and make acoustic sense. I was very wrong. I played with dual tones and sliding tones and junk but it was obviously hopeless. Beeps and boops sound like nothing more than, well, beeps and boops. They sound nothing at all like a language, not even a fake one.

Donald’s solution was to create many different sound bytes that could be played in any order for any length of time. Turns out it was a lot of sound building, but as you can tell, it was well worth the result. I highly recommend a visit to Donald’s blog, especially for the language details. If you want to trigger your own sound effects for your next project, you should definitely look up our Audio FX Sound Board. It’s a stand alone solution, so you don’t even need an Arduino or microcontroller to use it. That means it’s good for small spaces, too, so have fun building your new talking costume! 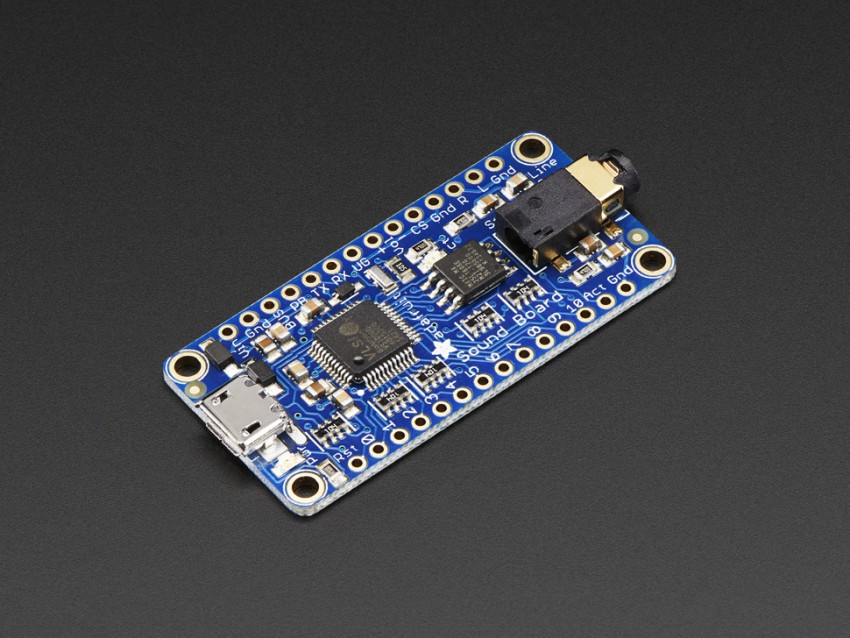