Cosplay Photography Interview with York In a Box 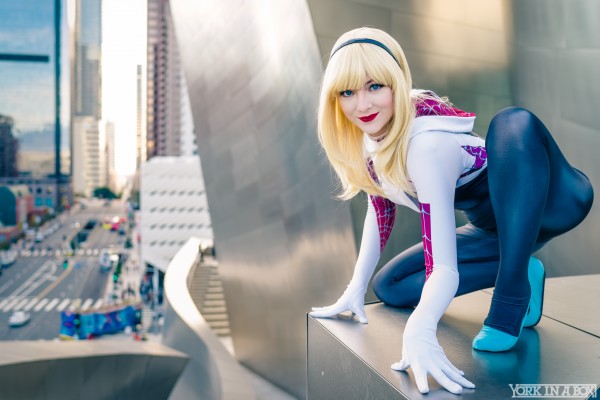 Almost every post about cosplay on this blog features the work of a skilled photographer. Part of the reward of months of work on a costume is seeing it finished and displayed in the best possible light. I’m not saying you need to have quality photos to appreciate your cosplay, but it’s certainly a nice bonus to complement your efforts. If you’re attending a convention, you can usually find a photographer who will spend a minute or two capturing your costume. Jon York, known as York In A Box, is a prolific photographer who shoots dozens of costumes at events and cons. I see cosplayers featuring his photos all the time. I talked to him about his history with photography, the challenges of taking pictures of cosplayers, and more.

Adafruit: Tell me about your photography background.

York In A Box: My photography background isn’t anything to impressive to be honest. I have been doing both photography and cosplay photography since early 2013. I am totally self-taught and basically threw myself into the photography world a few years ago and hit the ground running. Doing lots of research every week, even now, has really helped me become a better photographer. Of course going to every con and event I can and taking photos of everything I can helps as well. Of course a big thanks and much credit goes to my cosplay friends who are nice enough to let me experiment and try out new things I have learned by reading photography forums and watching YouTube videos.

Adafruit: What inspired you to start photographing cosplayers and how long have you been doing it?

York In A Box: Well my origin story regarding cosplay photography is a pretty simple one. I have been going to conventions of all sorts since 2001, from anime to comic book to video game and everything in between. For awhile though, I was getting bored with the “con scene”, and would only attend one or two a year. But back in 2012, I made friends with some local Southern California cosplayers who convinced me to start going back to cons to hang out with them.

So I went with them and hung out with them at a few local cons including Anime Los Angeles, Blizzcon, and Anime Expo. What I noticed hanging around my cosplay friends was that they could never get any photos taken of themselves while in their cosplay, mainly due to not being big named cosplayers nor doing sexy outfits, and when they finally had a photographer take a photo, there was a good chance they would never see it. Since I found going back to cons very fun and seeing my cosplay friends struggle to get photos of their awesome cosplays, I decided I would pick up a pretty high end Sony point and shoot camera to at least take some fun photos.

After doing that for nearly a year, in March of 2013 I decided that I found photography to be a really fun hobby and decided to pull the trigger and go full fledge into it by purchasing a DSLR. Since then I increased how many conventions and events I went to as well as made tons more cosplay and photographer friends in our community. Thanks to them I have learned everything about photography with some on hands training, video guides, and by visiting tons of photography websites. 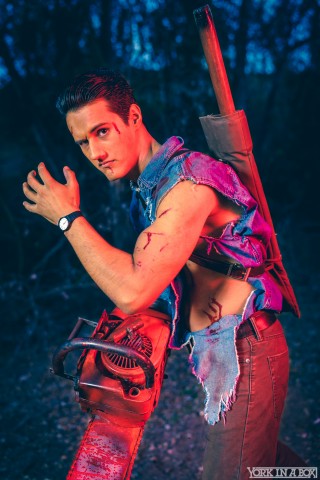 Adafruit: On an average outing, what sort of equipment do you carry?

York In A Box: Well for conventions, I try to travel light, but end up bringing as much as I can carry because I hate to forget something. Normally I bring my camera backpack which usually has my two main cameras, which are a Sony A7m2 and a Sony A99, a few lenses like my Sony Carl Zeiss FE 35mm f/1.4, Sony Carl Zeiss 16-35mm f/2.8, and Sony Carl Zeiss 135mm f/1.8, my Black Rapid strap system, a small LED flashlight, business cards, a slew of memory cards, several backup camera batteries, a flash, a backup battery for my phone, some beef jerky, knee pads, and maybe a nano tripod if I think I will need it.

For smaller events and cons I try to bring one camera, two lenses, and some backup batteries so I can move around a bit more and not be sore by the end of the day. For out of con shoots, I will also bring my big lighting system bag with several flashes, light stands, reflectors, and LED lights. Always come prepared, as they say.

Adafruit: Do you scout locations at convention centers ahead of time or just go with the flow?

York In A Box: I would say a little of column A, a little of column B. In the Los Angeles area, I have been nearly to all the convention centers, so I have a general idea of where I am going to shoot. But when I travel to a new convention, I do try to look up floor plans, check out photos from previous cons held in the area, and or ask other photographers that I know have been there before to see where the good spots are to go to shoot or look for cosplayers.

If you are going to be spending 2-3 days at a certain location, I feel doing a little bit of research beforehand can really help you in the long run so you aren’t running around at the con trying to find places to shoot or trying to locate where all the cosplayers are. Try to get the most out of your location can really lend to creating some amazing photos. 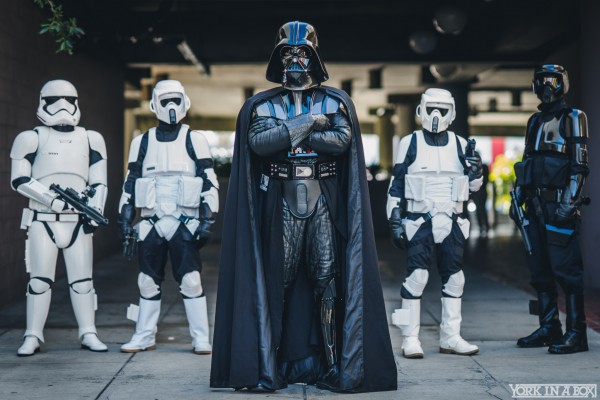 Adafruit: It looks like you attend several conventions and events. How do you avoid burnout?

York In A Box: Burnout is a tricky issue for both cosplayers and photographers I have noticed. I think for me personally, I try to avoid it by remembering why I got into cosplay photography, by trying to have a fun time at each con I go to, and by trying not to stress over all the small details. I think this year, 2015, was one of the busiest years I have ever had since starting going to cons years ago, and I will admit I did feel a bit of burnout especially after doing cons and events 8 weeks in a row. Sometimes you have to step away though and spend a day or two relaxing when you can. When you fun hobby starts to feel like work and you don’t see the fun in it anymore, that is when you really start to feel the burnout from it all. So remembering to have fun when you go to a con and look for new things to do while there is a great way to try to avoid burnout. 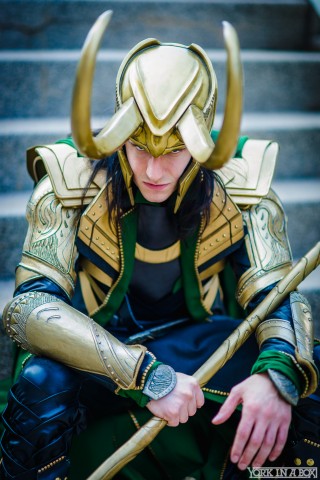 Adafruit: What are some challenges of photographing cosplayers as opposed to other subjects?

York In A Box: Taking photos of cosplayers can be a tad difficult sometimes due to various reasons especially when compared to other subjects.

When trying to get photos on a con floor, you have to deal with other photographers, all of whom are trying to get the same photo you are which can make things a bit competitive. Along with that, you are trying to take photos of cosplayers who have been standing in the same spot for hours at a time in the same pose, so it can be hard sometimes to get them to pose for you after all that. Throw in weird lighting issues, costume malfunctions, fatigue, and massive crowds all around you and taking a photo of a cosplayer can really become an ordeal. Even when doing a private shoot at a con or outside of a con, you are still having to deal with many of those same issues.

I think the one big challenge does have to do with posing. Most cosplayers are not actual models nor have tried photography, so their posing may look amazing in their own head, but to us on the other side of the lens it may look a bit off or won’t work for the picture we are trying to take. So the challenge for us photographers is to try to help the cosplayer pose and bring out the best look for the cosplayer without seeming pushy, rude, or mean. Cosplayers want to show off their amazing work, and we photographers want to do the same. So developing trust with cosplayers and making sure to help them out can be both challenging and rewarding.

Comments Off on Cosplay Photography Interview with York In a Box