A student team in the Netherlands designed and built a fully functional 3D printed bicycle, Via Cycling Weekly

It needed no lugs or jigs, and was virtually untouched by human hands until the head tube, seat tube clamp, drop outs and bottom bracket were fitted.

Then a human being proved its worth by riding the bike over cobbled streets.

“We tested the bicycle on the streets and it performed well. It offers quite a smooth ride,” say the creators, a team of five students at the Technical University of Delft, Netherlands.

Despite not being a solid frame, it’s not light either. “It weighs slightly more than a normal steel bicycle, yet less than 20kg,” says the team. “Our main concern when designing the frame was the strength.

“We didn’t know how the material would behave so we chose to make it extra strong and sacrifice a bit of weight. Our frame proves it’s possible to produce a bicycle frame in this way – that was our goal.” 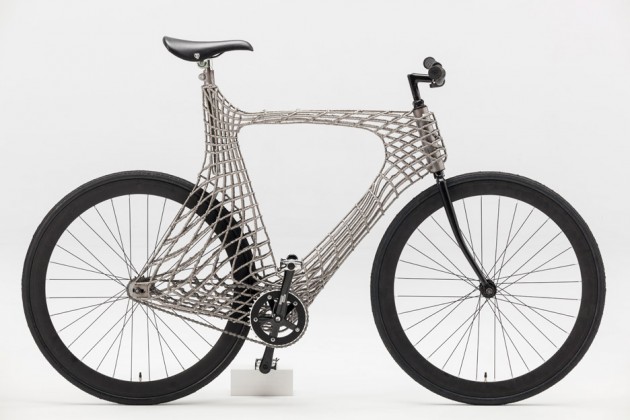