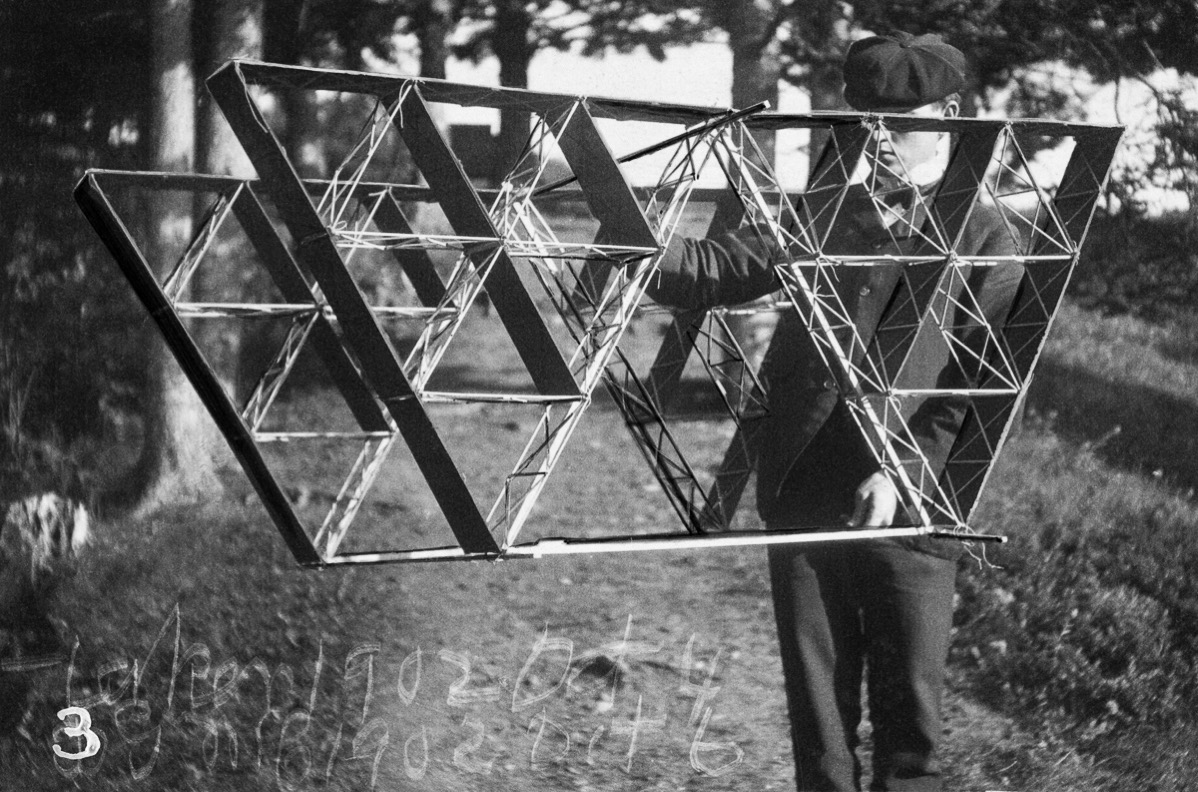 In 1899, Alexander Graham Bell, famous for inventing the telephone, began experimenting with kites in search of insights into the possibility of powered flight.

The basic problem of creating flying objects is that as a body’s surface area is squared, its weight is cubed, limiting the maximum size and lifting capability.

Over the course of years experimenting at his Nova Scotia laboratory, Bell discovered that a tetrahedron — a three-dimensional prism of four triangular sides — could be useful.