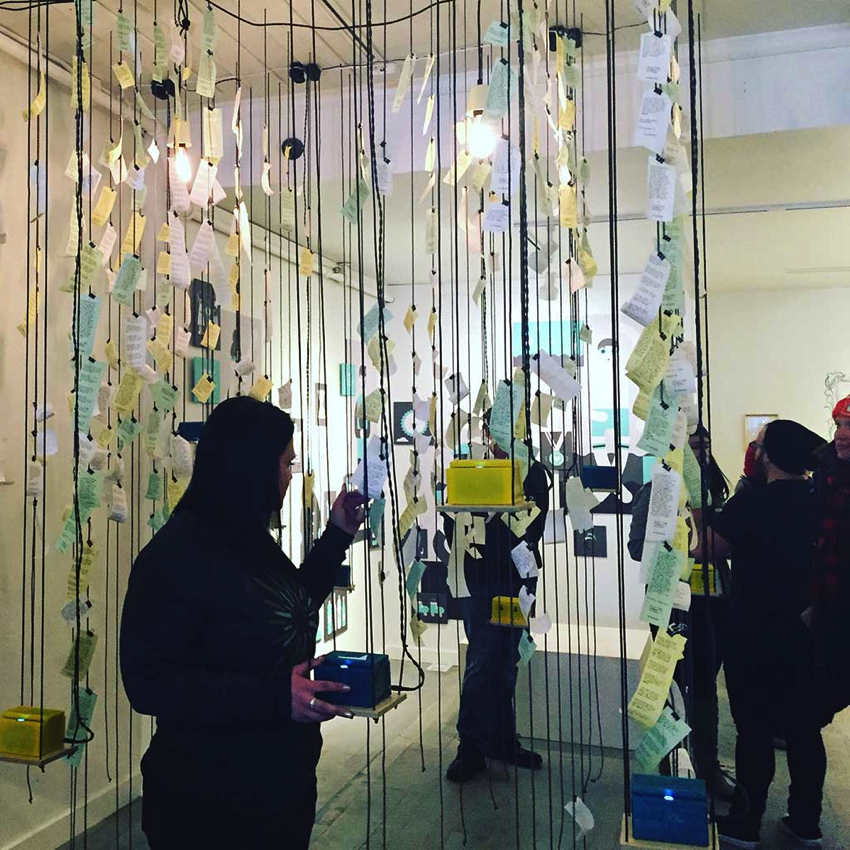 Thanks to Brendan Dawes for writing in to share this project with us! He writes:

Just wanted to let you know about my latest work, a story-sharing installation for Airbnb at the Sundance Film Festival which used a few Adafruit components, including the brilliant perma-proto. Also involved design of cases in Fusion 360 which I was first made aware of via an Adafruit video. Hooray for Adafruit, enablers of awesome!

Check out more on the project on Brendan’s blog here!

Commissioned by Civic Entertainment for Airbnb, Local Murmurs was an installation that allowed people to share stories about their neighbourhood via SMS which could then be printed on one of twelve tiny custom-made printers by visitors to the Airbnb Haus in Park City during the 2016 Sundance Film Festival.

I’m always keen with my work to create environments that people can play within. In this case it was all about enabling people to tell and share stories about the places they lived or visited and the people they’ve met along the away. Early on as I discussed the project with the Civic and Airbnb team we all felt text messages are still one of the simplest ways to send messages; it’s easy, fast and works pretty much universally no-matter what device people are using. 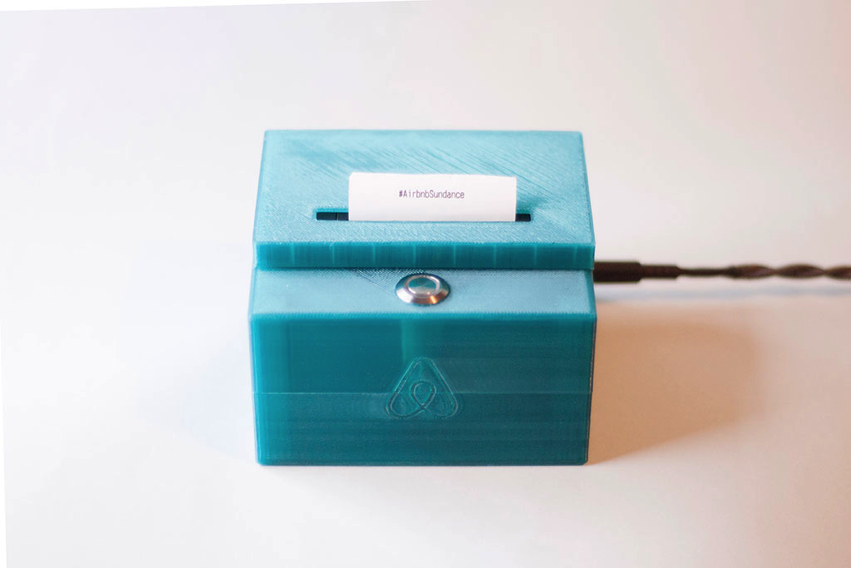 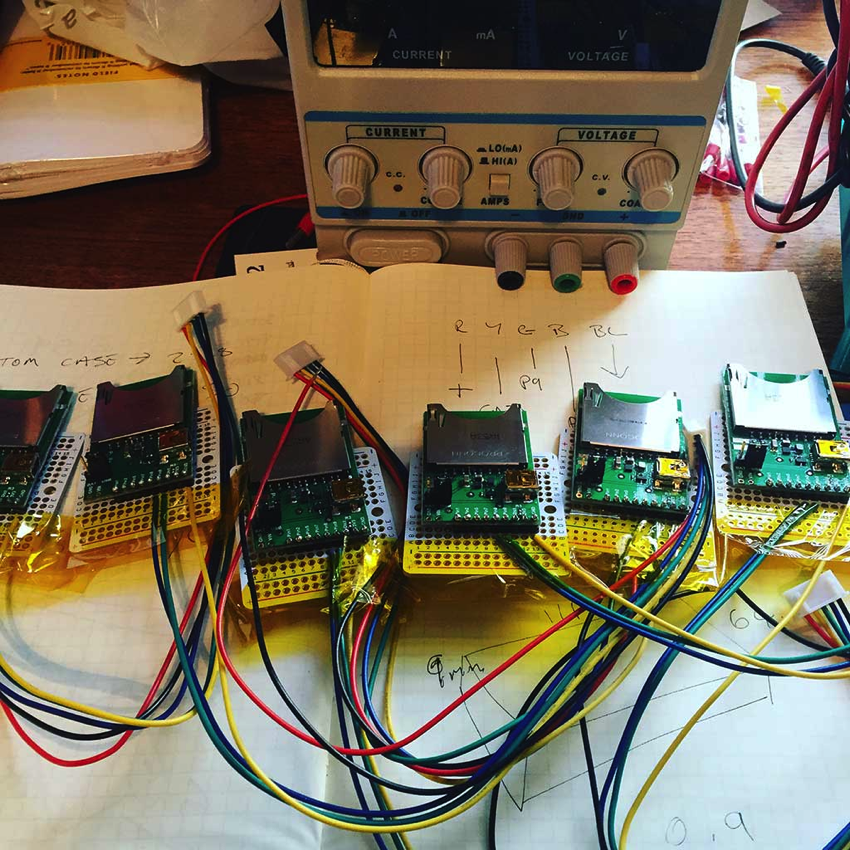 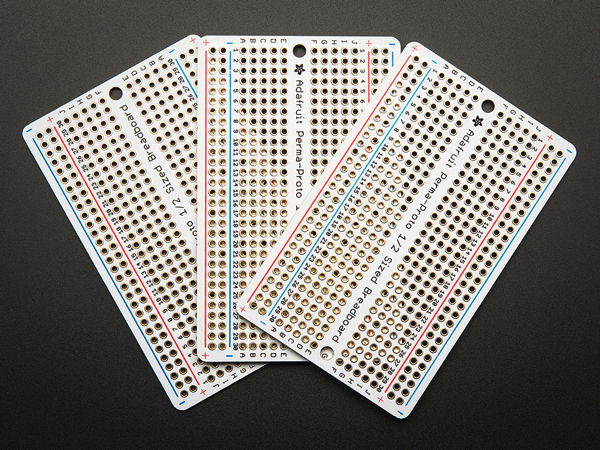 Adafruit Perma-Proto Half-sized Breadboard PCB – 3 Pack: Customers have asked us to carry basic perf-board, but we never liked the look of most basic perf: its always crummy quality, with pads that flake off and no labeling. Then we thought about how people actually prototype – usually starting with a solderless breadboard and then transferring the parts to a more permanent PCB. That’s when we realized what people would really like is a proto board that makes it easy! Read more.

Comments Off on Local Murmurs: Story-sharing installation for Airbnb at the 2016 Sundance Film Festival #ArtTuesday