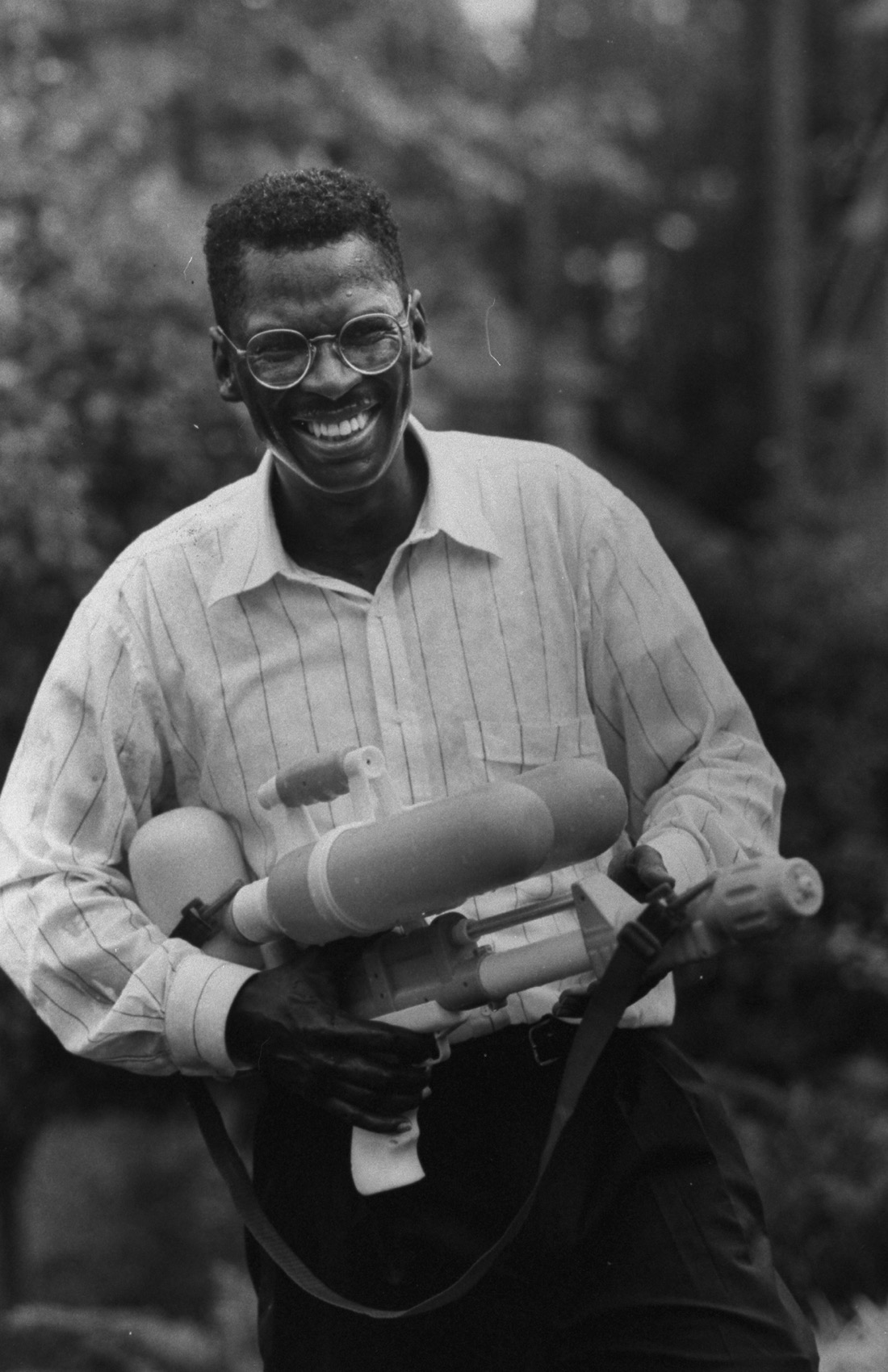 Lonnie Johnson is a veteran, a prolific inventor with over 80 patents, plus he improved all of our lives when he invented the Super Soaker! Via Bio

After graduating with Williamson’s last segregated class, in 1969, Johnson attended Tuskegee University on a scholarship. He earned a bachelor’s degree in mechanical engineering in 1973, and two years later he received a master’s degree in nuclear engineering from the school.

Lonnie G. Johnson went on to join the U.S. Air Force, becoming an important member of the government scientific establishment. He was assigned to the Strategic Air Command, where he helped develop the stealth bomber program. Johnson moved on to NASA’s Jet Propulsion Laboratory in 1979, working as a systems engineer for the Galileo mission to Jupiter and the Cassini mission to Saturn, before returning to the Air Force in 1982.

Despite his busy days, Johnson continued to pursue his own inventions in his spare time. One of his longtime pet projects was an environmentally friendly heat pump that used water instead of Freon. Johnson finally completed a prototype one night in 1982 and decided to test it in his bathroom. He aimed the nozzle into his bathtub, pulled the lever and blasted a powerful stream of water straight into the tub. Johnson’s instantaneous and instinctive reaction, since shared by millions of kids around the world, was pure delight.

In 1989, after another seven years of tinkering and tireless sales-pitching, during which he left the Air Force to go into business for himself, Johnson finally sold his device to the Larami Corporation. The “Power Drencher” initially failed to make much of a commercial impact, but after additional marketing efforts and a name change, the “Super Soaker” became a massively successful item. It topped $200 million in sales in 1991, and went on to annually rank among the world’s Top 20 best-selling toys.

Propelled by the success of the Super Soaker, Lonnie G. Johnson founded Johnson Research & Development, and went on to acquire dozens of patents. Some of his inventions, including a ceramic battery and hair rollers that set without heat, achieved commercial success. Others, including a diaper that plays a nursery rhyme when soiled, failed to catch on.

Another invention sought to address matters of far greater importance: With the creation of the Johnson Thermoelectric Energy Converter (JTEC), the engineer aimed to develop an advanced heat engine that could convert solar energy into electricity with twice the efficiency of existing methods. He believed a successful version of the JTEC had the potential to make solar power competitive with coal, fulfilling the dream of efficient, renewable solar energy.

His pitches initially spurred, Johnson eventually obtained much-needed funding from the Air Force in order to continue working on his project. In 2008, Johnson received the Breakthrough Award from Popular Mechanics for the invention of the JTEC. More recently, he has been working with the Palo Alto Research Center (PARC) in California for further development.