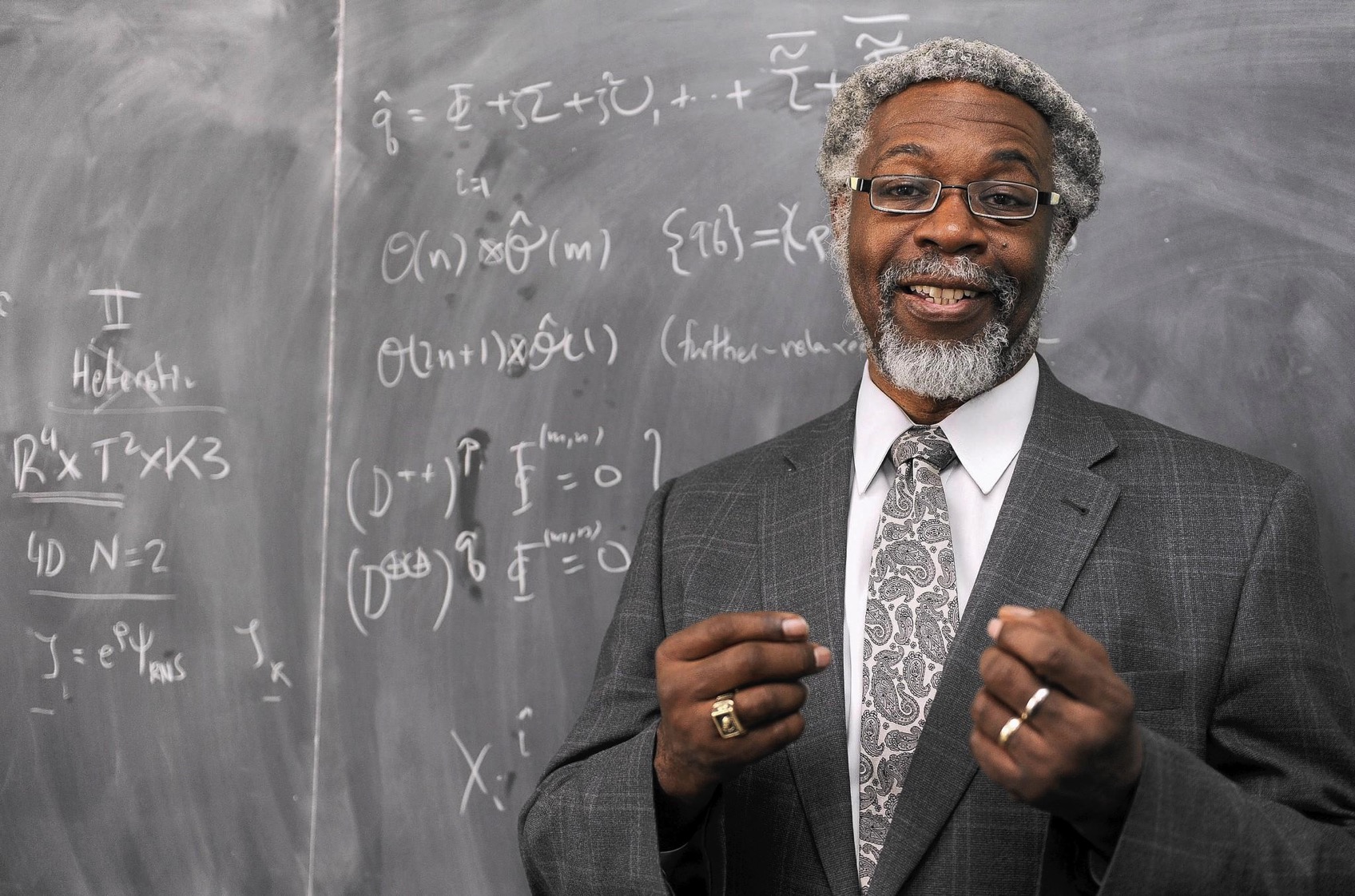 Sylvester Gates was the first African American to hold an endowed chair in physics at a major U.S. research university, Via The University of Maryland

Sylvester James Gates Jr. is a Distinguished University Professor, University System of Maryland Regents Professor and John S. Toll Professor of Physics at the University of Maryland. Also an affiliate mathematics professor, Gates is known for his pioneering work in supersymmetry and supergravity, areas closely related to string theory. Gates earned two Bachelor of Science degrees in physics and mathematics and his Ph.D. in physics from the Massachusetts Institute of Technology. In 1984, Gates co-authored Superspace, or One thousand and one lessons in supersymmetry, the first comprehensive book on supersymmetry, and joined the faculty at Maryland as an associate professor. Four years later, he became the first African American to hold an endowed chair in physics at a major U.S. research university.