From the Forums: Hexadecimal Clock #Arduino 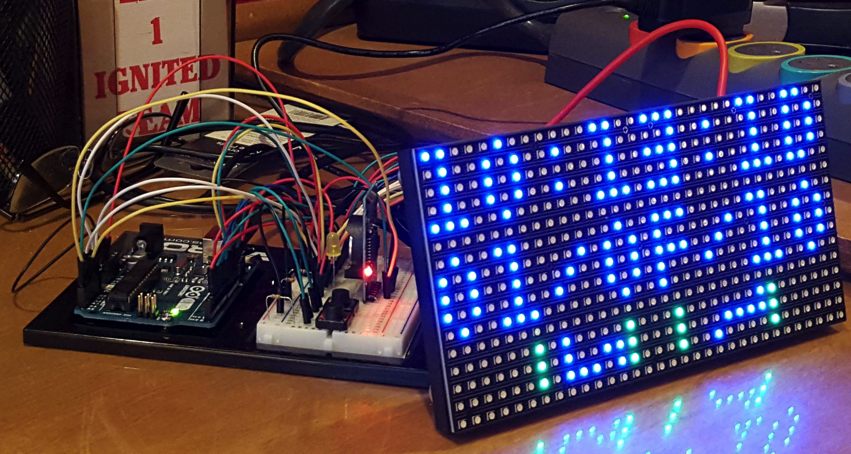 I wanted to learn how Arduinos work and what better way than by building a clock. I’ve seen a bunch of binary clocks out there but have never seen one that displays the time in hexadecimal – so there was my project! A hexadecimal clock (with some binary thrown in, because I could :-).

The parts were pretty basic:

I had done some basic electronics way back in the stone age so it took some catching up to get to where I was comfortable with the design. Special thanks to Adafruit_support_mike for helping me sort through power supply issues.

Overall I’m happy with it. There are a couple of features I’d like to add. Also, the display is really bright. I think this is just the way these LED panels work. If anyone has an idea on how to adjust the brightness on these panels I’d be grateful. 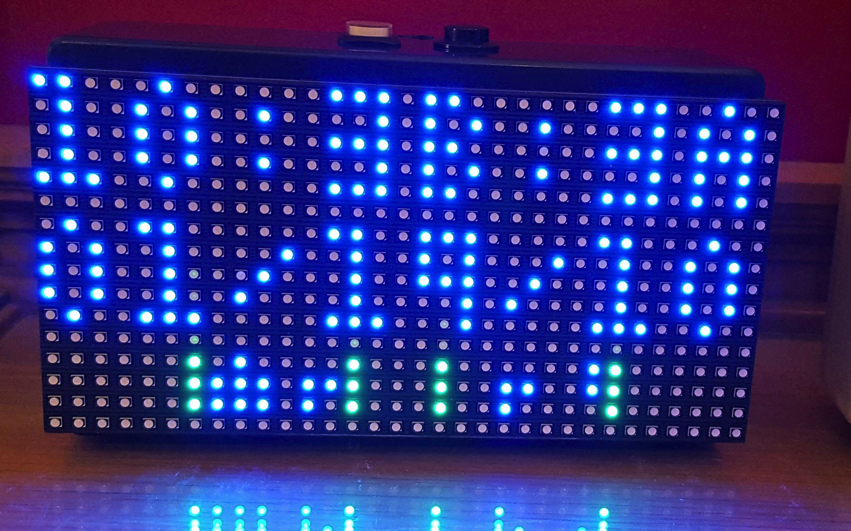 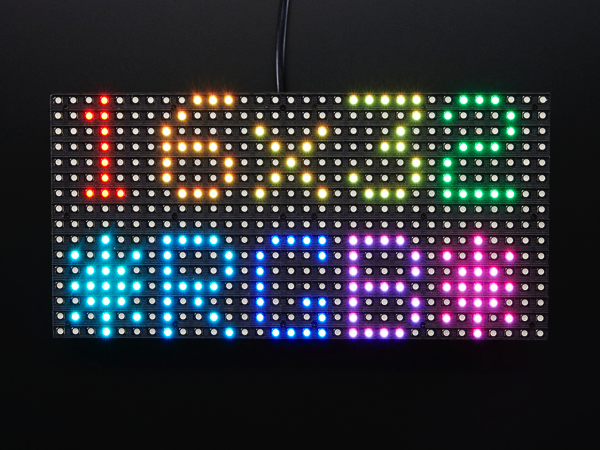 Medium 16×32 RGB LED matrix panel: Bring a little bit of Times Square into your home with this 16 x 32 RGB LED matrix panel. These panels are normally used to make video walls, here in New York we see them on the sides of busses and bus stops, to display animations or short video clips. We thought they looked really cool so we picked up a few boxes of them from a factory. They have 512 bright RGB LEDs arranged in a 16×32 grid on the front. On the back there is a PCB with two IDC connectors (one input, one output: in theory you can chain these together) and 12 16-bit latches that allow you to drive the display with a 1:8 scan rate. Read more. 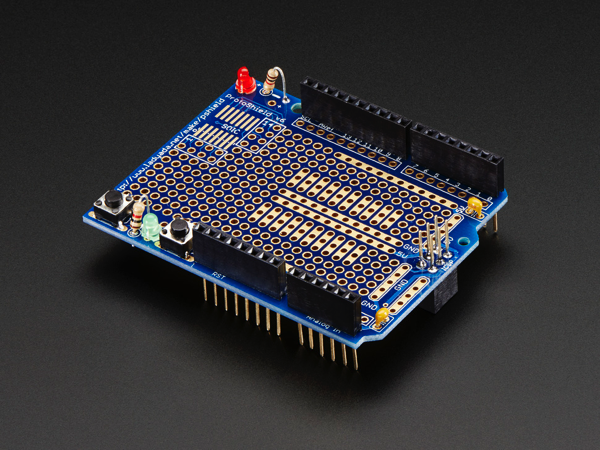 Adafruit Proto Shield for Arduino Kit – Stackable Version R3: This prototyping shield is the best out there (well, we think so, at least), and now is even better with Version R3 – updated for the most compatibility with just about all the Arduinos! It works with UNO, Mega, Leonardo, NG, Diecimila, Duemilanove, and compatible Arduinos. Yun’s and Arduino Ethernets have a chunky Ethernet jack that gets in the way of stacking, you can use the stacking headers included and it will work, just doesn’t sit nice and flat. Read more.

Comments Off on From the Forums: Hexadecimal Clock #Arduino