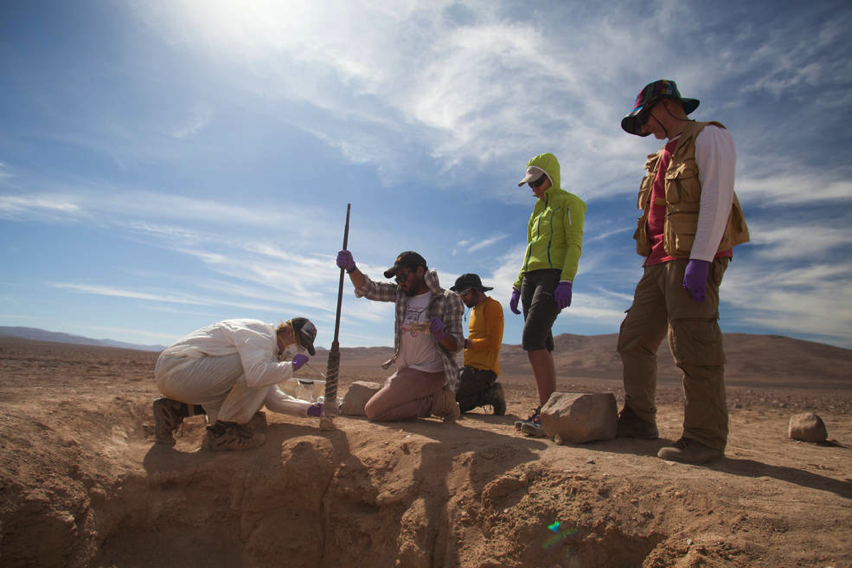 The cold and dry conditions on Mars open the possibility that evidence for life may be found below the surface where negative effects of radiation are mitigated, in the form of organic molecules known as biomarkers. But until humans set foot on the Red Planet, obtaining samples from below the surface of Mars will require the ability to identify a location of high probability for current or ancient life, place a drill, and control the operation robotically.

The Atacama Rover Astrobiology Drilling Studies (ARADS) project has just completed its first deployment after one month of fieldwork in the hyperarid core of the Atacama Desert, the “driest place on Earth.” Despite being considerably warmer than Mars, the extreme dryness the soil chemistry in this region are remarkably similar to that of the Red Planet. This provides scientists with a Mars-like laboratory where they can study the limits of life and test drilling and life-detection technologies that might be sent to Mars in the future.