Nightlight based on Conway’s Game of Life 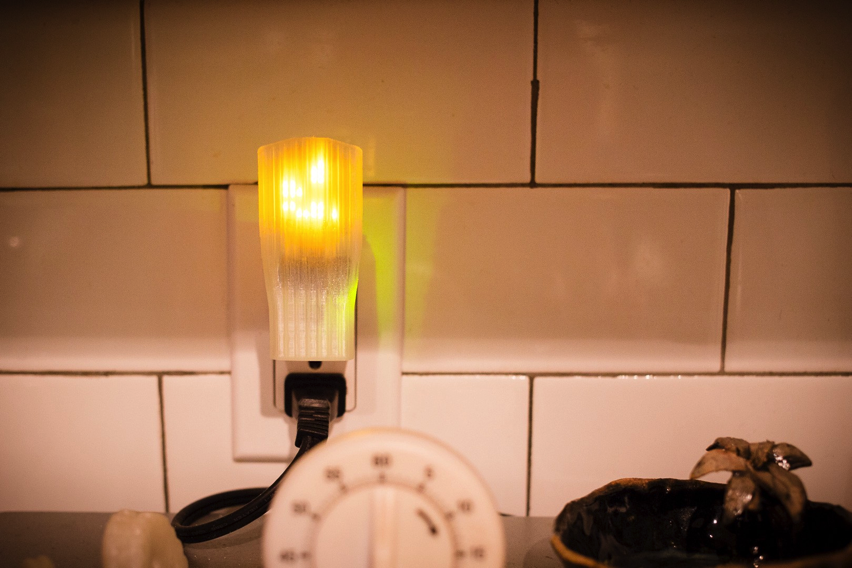 This is a short piece about a nightlight I designed and constructed for some of my friends this Christmas. It is based on an ancient algorithm (circa 1970) by British mathematician John Conway called Conway’s Game of Life. It’s an elegant example of emergent behavior. If you have some graph paper and a pencil, you can play it by hand:

That’s it. If you run these simple rules, provably devoid of intention or complex behavior, on a grid of data, interesting patterns emerge.

This pattern is called a ‘Glider’. It predictably repeats and travels down and to the right over successive generations. There is no mention of Gliders in the game’s ruleset, no specifics on how fast they travel or how to form repeating patterns. But this particular pattern, processed through the rules above, produces an ‘organism’. Is biological life a vastly more complex version of this idea? Just a very complex repeating pattern borne without intention from the rules of chemistry?

Anyways, it’s interesting to think about is what I’m saying. But also not something you want to be thinking about 24/7. It’s something that’s nice to think about every so often. And so it seemed like the perfect idea to bring to the oft overlooked artistic medium of the nightlight. I’ve got a 3D printer, whose purchase I often seek to justify. And I love browsing around on Adafruit and listening to Boards of Canada and soldering things, and Christmas was coming, so why not? 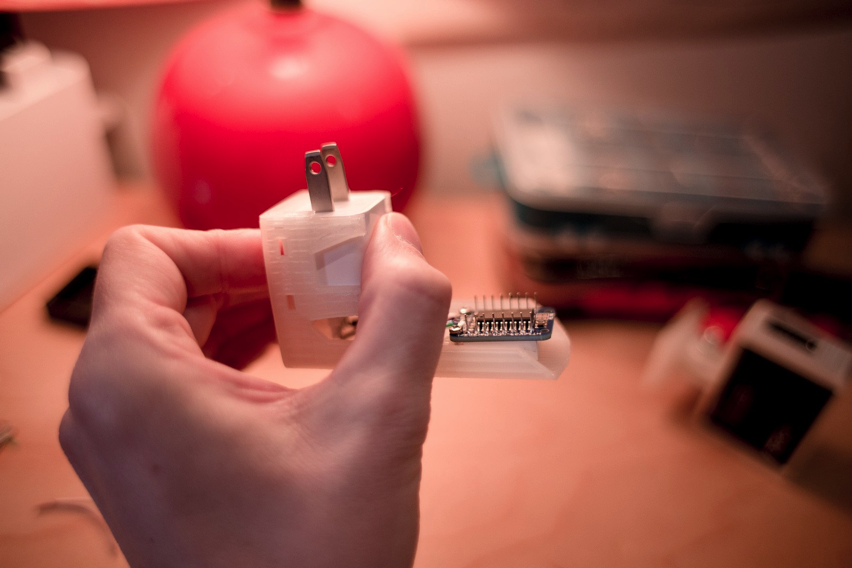 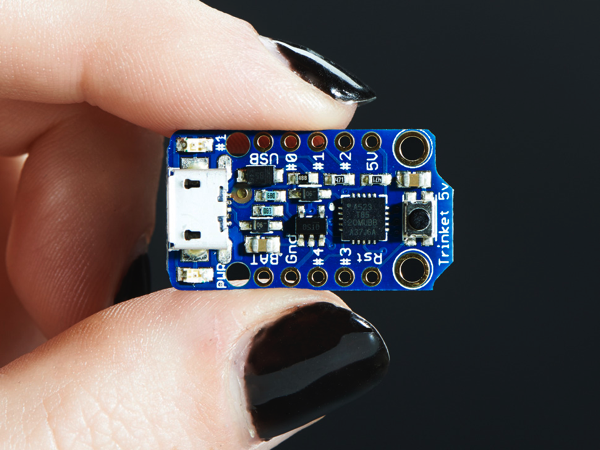 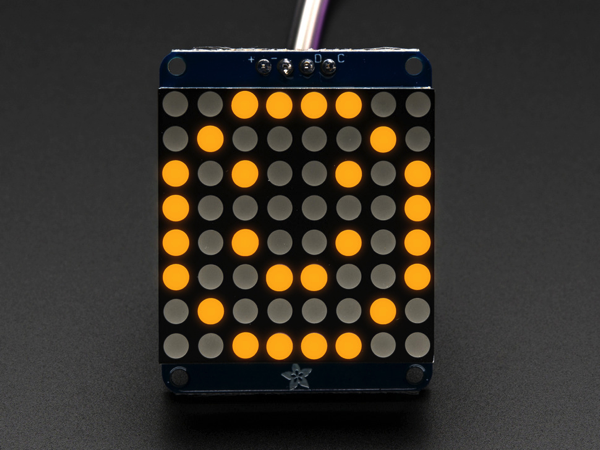 Adafruit Mini 8×8 LED Matrix w/I2C Backpack – Yellow: What’s better than a single LED? Lots of LEDs! A fun way to make a small display is to use an 8×8 matrix or a 4-digit 7-segment display. Matrices like these are ‘multiplexed’ – so to control 64 LEDs you need 16 pins. That’s a lot of pins, and there are driver chips like the MAX7219 that can control a matrix for you but there’s a lot of wiring to set up and they take up a ton of space. Here at Adafruit we feel your pain! After all, wouldn’t it be awesome if you could control a matrix without tons of wiring? That’s where these adorable LED matrix backpacks come in. We have them in two flavors – a mini 8×8 and a 4-digit 0.56″ 7-segment. They work perfectly with the matrices we stock in the Adafruit shop and make adding a bright little display trivial. Read more.

Comments Off on Nightlight based on Conway’s Game of Life