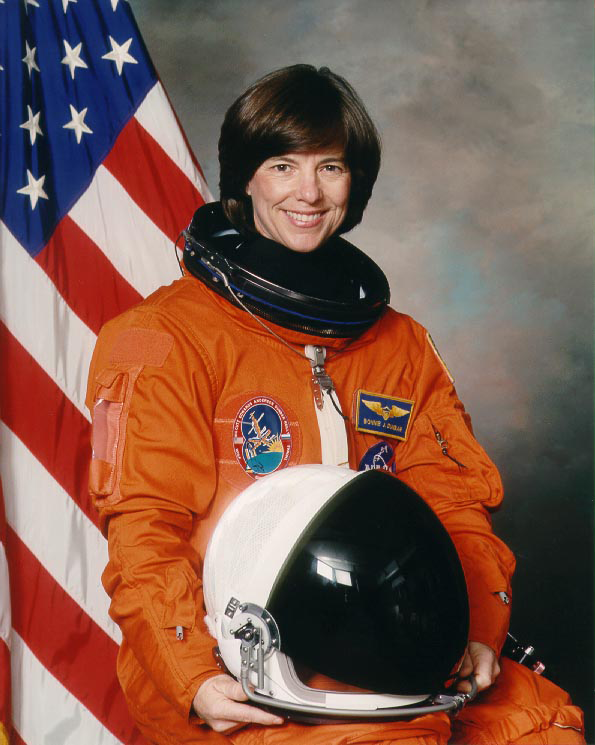 Dr. Bonnie J. Dunbar has had an incredible career as an engineer, astronaut for NASA, president of The Museum of Flight, and professor.

Here’s a little about Dr. Dunbar’s career from NASA:

Dr. Dunbar became a NASA astronaut in August 1981. Her technical assignments have included verification of Shuttle flight software at the Shuttle Avionics Integration Laboratory (SAIL), serving as a member of the Flight Crew Equipment Control Board, participation as a member of the Astronaut Office Science Support Group, and supporting operational development of the remote manipulator system (RMS). She has served as chief of the Mission Development Branch. In 1993, Dr. Dunbar served as Deputy Associate Administrator, Office of Life and Microgravity Sciences, NASA Headquarters, Washington, D.C. In February 1994, she lived in Star City, Russia, for 13-months training as a back-up crew member for a 3-month flight on the Russian Space Station, Mir. In March 1995, she was certified by the Russian Gagarin Cosmonaut Training Center as qualified to fly on long duration Mir Space Station flights. From October 1995 to November 1996, she was detailed to the NASA JSC Mission Operations Directorate as Assistant Director where she was responsible for chairing the International Space Station Training Readiness Reviews, and facilitating Russian/American operations and training strategies. From June 1998 to July 2003 she served as Assistant Director to the NASA Johnson Space Center (JSC) with a focus on University Research. From October 2003 until January 2005, she was Deputy Associate Director for Biological Sciences and Applications. From January–September 2005 she served as Associate Director, Technology Integration and Risk Management. Dr. Dunbar retired from NASA in September 2005 to serve as President and CEO of the Seattle Museum of Flight, Seattle, Washington.