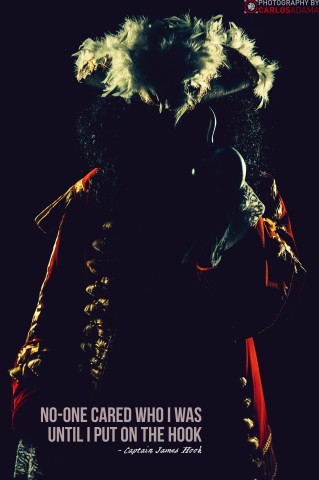 Looky, looky, here’s Hooky! Andy, also known as Valentine Cosplay, recently made two versions of Dustin Hoffman’s Captain Hook from the film Hook (it’s a live action adaptation of Peter Pan that I highly recommend checking out if you haven’t seen it). Andy is incredibly dedicated to details when it comes to cosplay — we highlighted his Game of Thrones Oberyn Martell ensemble last year — and it shows in his replica of the Hook costume. He sketched and sculpted the pin Hook wore on his tie, made the clothing, and added a ton of embroidery and appliques.

He got resourceful when it came to Hook’s hook (picture just below). He constructed the shape from a toilet float ball, clay, and a cheap costume hook. He used a dremel to smooth it before painting it. 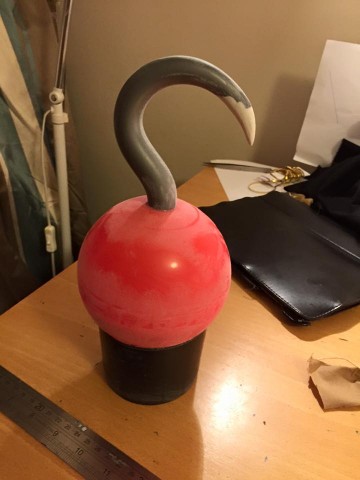 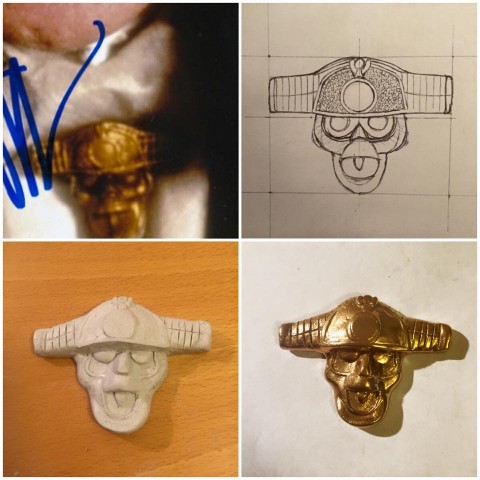 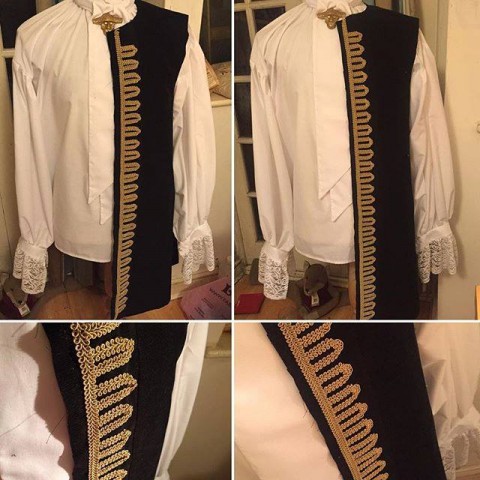 See more WIP pics for both versions of the Hook costume on Facebook.