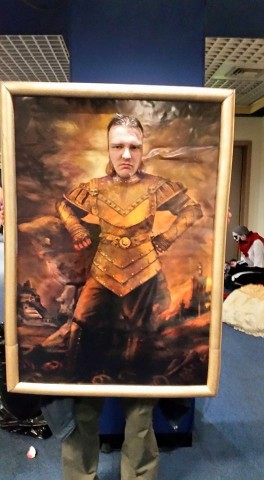 Vigo the Carpathian appeared in Ghostbusters II, and though I’ve seen cosplayers tackle costumes replicating his entire look, Redditor welshenzie took a different approach. He was resourceful and rather than making the traditional costume, he became the painting. He printed the image and attached it to a frame and put his head where Vigo’s was. This idea could be applied to soooo many characters – fictional and otherwise.

Comments Off on Complete Vigo the Carpathian Costume