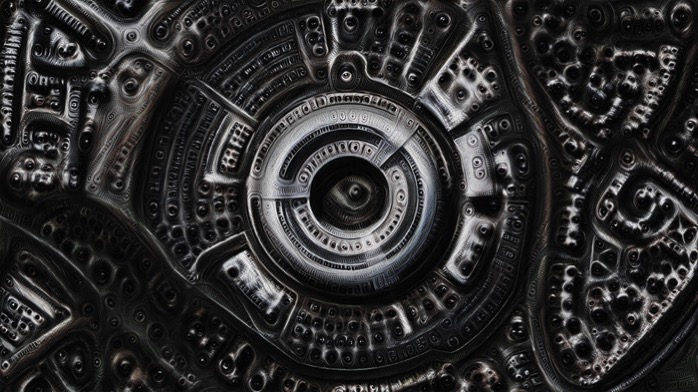 Today, inside big online services like Google and Facebook and Twitter, neural networks automatically identify photos, recognize commands spoken in smartphones, and translate conversations from one language to another. If you feed enough photos of your uncle to a neural net, it can learn to recognize your uncle. That’s how Facebook identifies faces in all those photos you upload. Now, with an art “generator” it calls DeepDream, Google has turned these neural nets inside out. They’re not recognizing images. They’re creating them.

Google calls this “Inceptionism,” a nod to the 2010 Leonardo DiCaprio movie, Inception, that imagines a technology capable of inserting us into each other’s dreams. But that may not be the best analogy. What this tech is really doing is showing us the dreams of a machine.

To peer into the brain of DeepDream, you start by feeding it a photo or some other image. The neural net looks for familiar patterns in the image. It enhances those patterns. And then it repeat the process with the same image. “This creates a feedback loop: if a cloud looks a little bit like a bird, the network will make it look more like a bird,” Google said in a blog post when it first unveiled this project. “This in turn will make the network recognize the bird even more strongly on the next pass and so forth, until a highly detailed bird appears, seemingly out of nowhere.”

The result is both fascinating and a little disturbing. If you feed a photo of yourself into the neural net and it finds something that kinda looks like a dog in the lines of your faces, it turns that part of your face into a dog. “It’s almost like the neural net is hallucinating,” says Steven Hansen, who recently worked as an intern at Google’s DeepMind AI lab in London. “It sees dogs everywhere!” Or, if you feed the neural net an image of random noise, it may produce a tree or a tower or a whole city of towers. In that same noise, it might find the faint images of a pig and a snail, creating a rather frightening new creature by combining the two. Think: machines on LSD. 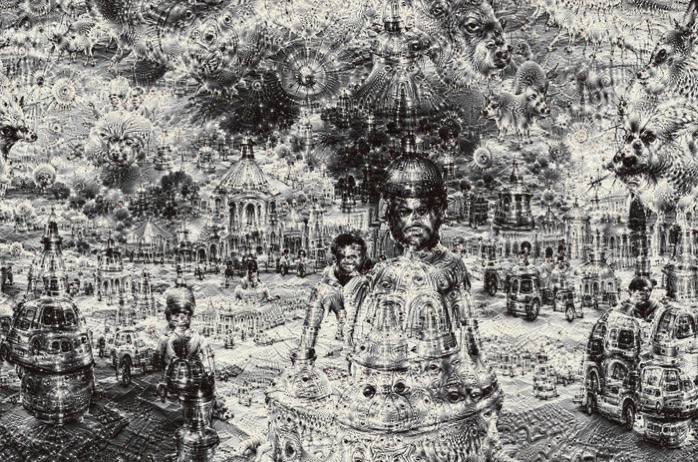