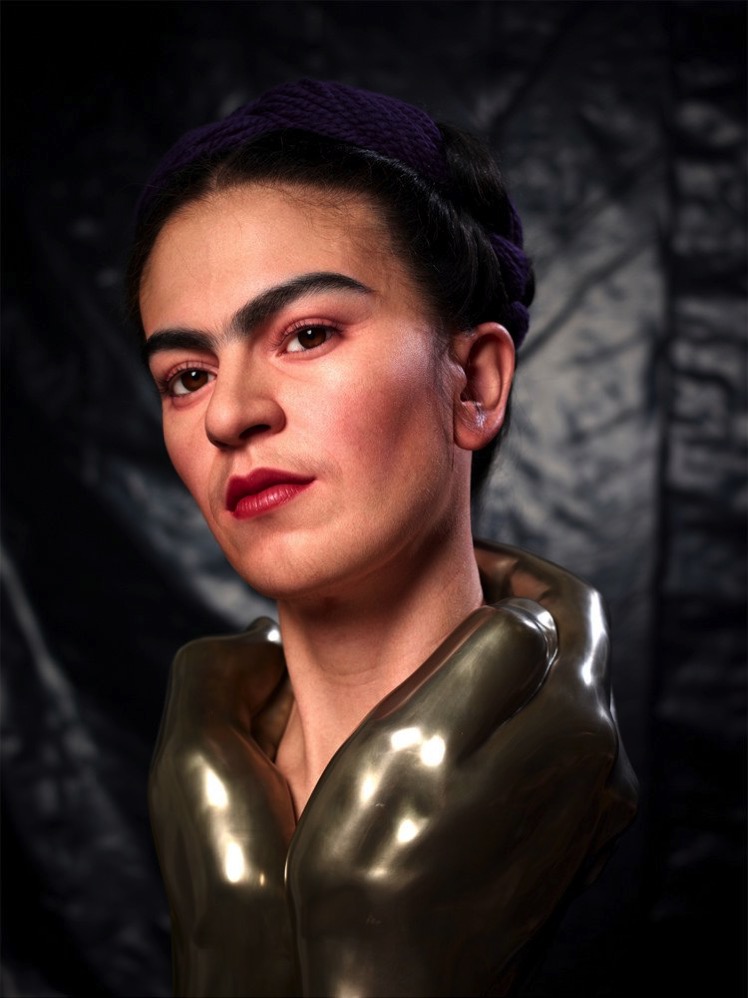 Hyperrealistic artist Kazuhiro Tsuji is well known for his huge carved sculptures of historical figures and celebrities like Abraham Lincoln and Andy Warhol. His latest work is a striking bust of Frida Kahlo that is so lifelike, you almost want to strike up a conversation with her. Via Vivala

At seven feet tall and weighing approximately 200 pounds, Kazuhiro Tsuji’s hyperrealistic sculpture of Frida Kahlo will take your breath away. But in order to understand the sculpture you have to take a look at the man behind it.

The 46-year-old sculptor from Kyoto, Japan, was creating magic as a special effects makeup artist in Hollywood before dropping transforming faces in exchange for therapeutic and touching works of art. A look at his work and one may conclude that being traumatized by the industry that was more caught up in politics and commercialism than the original vision of the director turned out to be a blessing in disguise as this new art form allowed Tsuji to celebrate the people whose lives we chronicle in movies and TV in a much purer and unadulterated form, the way he as an artist intended.

Tsuji first became interested in special effects when he watched the first Stars Wars Episode IV: A New Hope as a child. Special effects makeup, however, was a different story since he had very little interest in horror or zombie movies. Then one day when he was 17 he stumbled upon an article where he saw Dick Smith, also known as “The Godfather of Makeup,” transform actor Hal Holbrook into Abraham Lincoln. Smith inspired Tsuji to become a makeup artist and after spending several years working in TV and film in the Japanese market, the artist made his first mark in American film when he worked on Men in Black (Edgar, the main villain that wears a human skin suit that an alien eventually emerges from, was part of his handiwork). Comments Off on Incredible hyperrealistic sculpture of Frida Kahlo #ArtTuesday