We can’t take any credit for our talents. It’s how we use them that counts. – Madeleine L’Engle, A Wrinkle in Time

Revered 20th Century science fiction writer Madeleine L’Engle has been dazzling the minds of readers both young and old for over 60 years. Recipient of the Newbery Medal for her classic A Wrinkle in Time as well as many others honors, L’Engle continues to serve as a prominent example to aspiring female science fiction writers everywhere. Though the author passed away in 2007, her legacy shines brightly still. 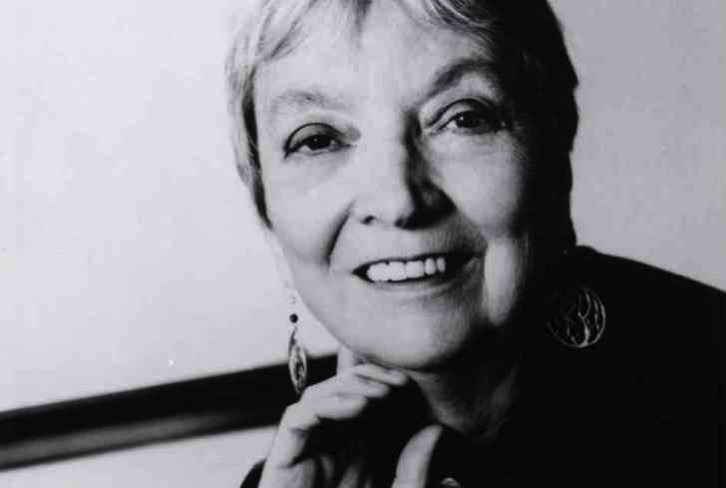 The New Yorker published a profile of the author in 2004 (excerpt below). Check it out in full here!

I once asked L’Engle to define “science fiction.” She replied, “Isn’t everything?” On another occasion, in the vast, sunny apartment in a building on West End Avenue where she has lived since 1960, and where she and her late husband, the actor Hugh Franklin, brought up their three children, she offered an example. “I was standing right there, carrying a plate of cold cuts,” she said, pointing at a swinging door between the dining room and the pantry. “And I swooped into the pantry, bang, and got a black eye. It was exactly as if someone pushed me.” At eighty-five, L’Engle is a formidable figure. She is five feet nine in her stocking feet, and uses a wheelchair owing to a broken hip. She has a birdlike head, a sharp nose, and an air of helpless innocence that is almost entirely put on. She wore a loose-fitting dress in one of her favorite colors, peacock blue. “Most likely,” she continued firmly, “it was a poltergeist. There must have been a teen-age girl in the house. All that energy! They create the best atmosphere for them, you know. We don’t know how to catch and harness it.” She nodded. “Too true of most things.”