Lately I’ve focused more of my efforts on Youtube videos for the side projects that I build. While I enjoy the process of writing blog entries, I also found that I enjoy the visual draw and documentation capabilities that Youtube allows me for the generation process of my side projects. Through the provided analytics I’ve been able to see that the videos I make generate higher engagement, but the value of written posts in providing engagement for text and programming related questions and solutions is undeniable.

The latest video I’ve posted to my Youtube channel is about the making of an LED mask. I have thought about the project in the past and this October I decided to build one using a Particle Photon as the controller. Due to the spacing of the Neopixel LEDs on the strip (60 LEDs per meter) I decided to interlace the strips with an offset.

For those that don’t know, Particle was previously called Spark and I had used their first product, the Core, in the past before the Photon was released. The Photon is evolution of the Core. While much of the platform has stayed the same (both the good and the “could improv), it remains one of my favorite hardware development boards due to its size and capabilities. I’m looking forward to the upcoming release of the Electron that I backed on Kickstarter. 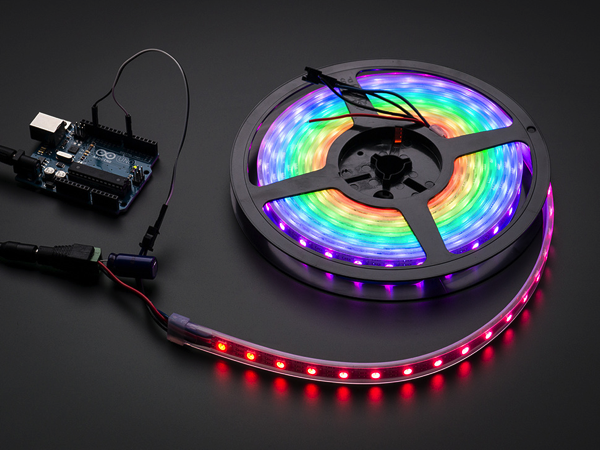 Adafruit NeoPixel Digital RGB LED Strip – White 60 LED – WHITE: You thought it couldn’t get better than our world-famous 32-LED-per-meter Digital LED strip but we will prove you wrong! You wanted twice the LEDs? We got it (well, its 1.875 times as many but that’s within a margin of error). You wanted thinner strips? Now only 12.5 mm wide, 10 mm if you remove the strip from the casing. You wanted less noticeable strip color – this strip has white-colored flex PCB, which will be less visible against white-painted walls. Read more. 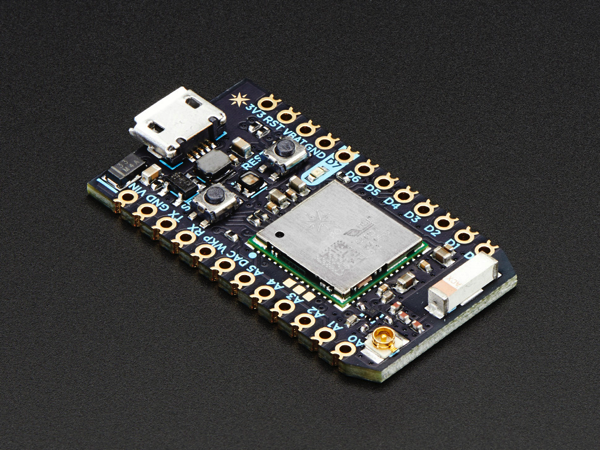 Particle Photon without Headers: The Photon is a $19 tiny Wi-Fi development kit for creating connected projects and products for the Internet of Things. It’s easy to use, it’s powerful, and it’s connected to the cloud. Read more.

Comments Off on NeoPixel mask made with Particle Photon #WearableWednesday