Elderly Link Still Has What It Takes to Go Adventuring 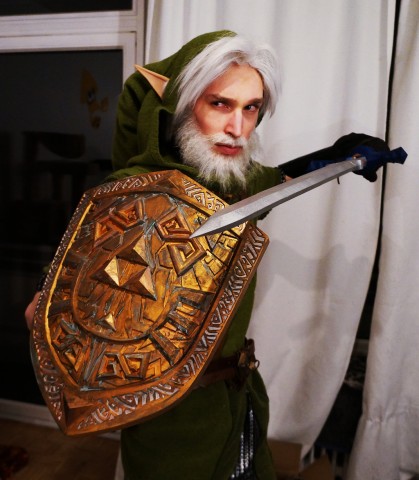 What if Link was adventuring and going on quests into his golden years? I have no doubt the hero from Legend of Zelda would keep going instead of putting down his sword and shield. Artist Damien Canderle, a.k.a. Maddamart, created a concept piece depicting an elderly Link in 2010. The illustration reminds me a bit of Green Arrow from The Dark Knight Returns. Cosplayer and artist Kai Kieschnick has been working on a costume that looks to be inspired by Canderle’s art; he’s planning on wearing it to DoKomi 2016 in Düsseldorf.

Kai shared a work in progress photo, and though the costume isn’t done, it looks impressive. He just has to finish the shoulder armor. The outfit, sword, and shield are already finished. The shield, by the way, was 3D printed. Kai says:

“It’s 3D designed in SolidWorks 2016 and printed with my ultimaker 2.
First layer was a silver spray. next some bronze and gold mix.
And finished up with an old looking effect lacquer.”

The shield is pictured below. 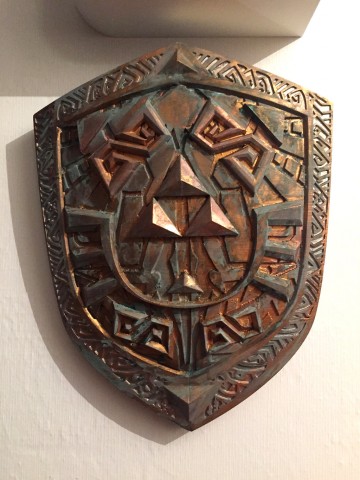