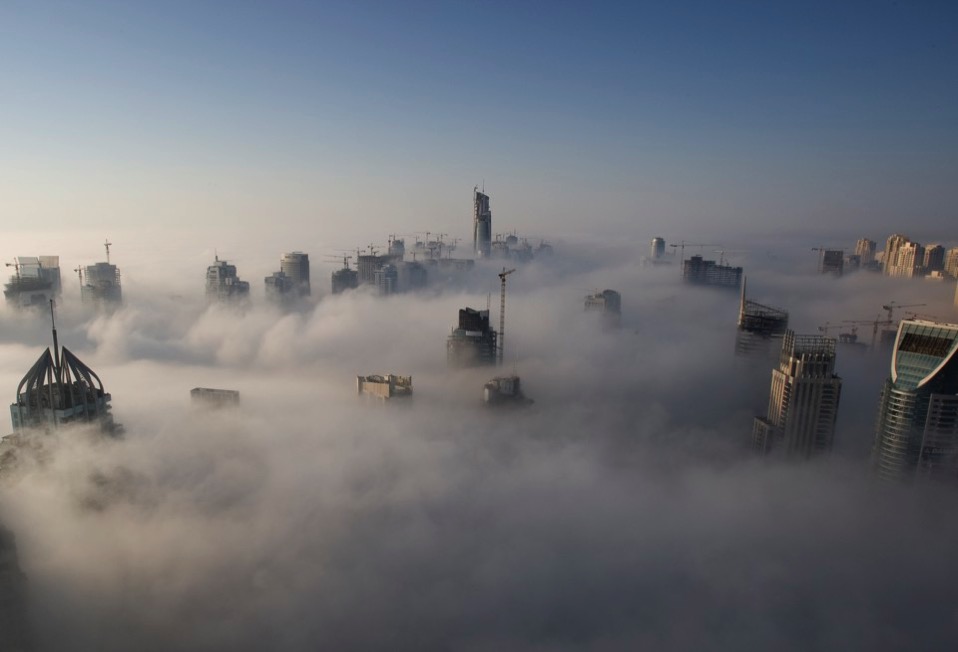 A very interesting read, via The Atlantic

If you learned that scientists have blended a darkling beetle, a cactus, and a carnivorous pitcher plant, you might imagine some unholy creation that’s all spines and scuttling legs and digestive enzymes. Instead, what Kyoo-Chul Park has made looks like … nothing at all. It’s not even alive—just a non-descript material covered in microscopic bumps. But this seemingly unremarkable surface has a remarkable ability—it excels at yanking water out of the air.

As a graduate student at MIT, Park worked on large mesh panels that could be erected in foggy areas and provide surfaces for the airborne water to condense upon. These “fog-catchers” are being tested in Chilean hillsides, as ways of providing drinking water to people in these extremely arid and remote places. When Park later moved to Joanna Aizenberg’s lab at Harvard University, he became interested in darkling beetles—animals that had come up with the same fog-catching idea, millions of years ago.

The beetles live in southern Africa’s Namib Desert, which gets less than a centimeter of rain every year. There is water here, however, in the form of fog that blows in from the Atlantic Ocean on the west. The beetles harvest the fog by sitting in it and pointing their abdomens skywards, allowing water to condense on their bodies and trickle down into their mouths. In this way, they drink their fill in one of the driest places in the world.

Many scientists have shown that the beetles have microscopic tricks for catching fog. Their backs are covered in little bumps made from water-attracting substances, with flat, water-repelling valleys between them. The bumps attract moisture and allow droplets to form, while the valleys channel the collected water away. These chemical patterns certainly help, but Park wondered if the bumps themselves, absent any water-attracting substances, might be important.

When he fashioned artificial bumps that match those on the beetle’s back, he found that water droplets would quickly grow on top of them, even if they were coated with water-repelling chemicals. And the smaller and more tightly curved the bumps, the faster the droplets grew. That’s fine, but it creates a problem for a would-be water-collecting surface: The droplets quickly max out the capacity of the bumps and stop growing. Park came up with two solutions.

Comments Off on MIT scientists create fog-harvesting material based on beetle backs, cactus spines, and a meat-eating plant #Biomimicry