This robot is currently roaming & judging the art galleries at the musée du quai Branly in Paris as part of their exhibition Persona: Strangely Human. 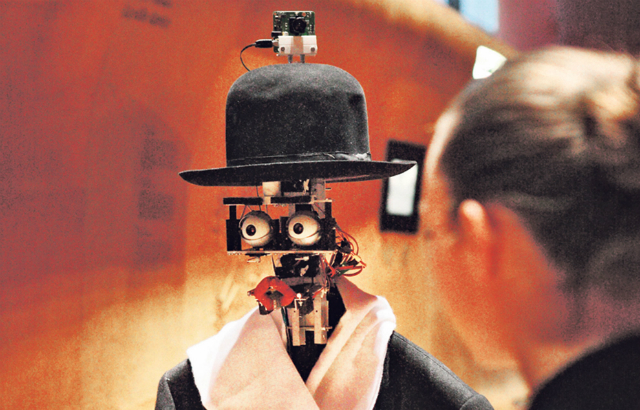 Strolling through the exhibition halls of Paris’ Quai Branly museum of indigenous art, a little robot in a bowler hat has learned to become a silent art critic. The Berenson robot, developed in France in 2011 and named after American art expert Bernard Berenson, is the brainchild of anthropologist Denis Vidal and robotics engineer Philippe Gaussier.

There’s a video of Joe in operation at IBTimes.