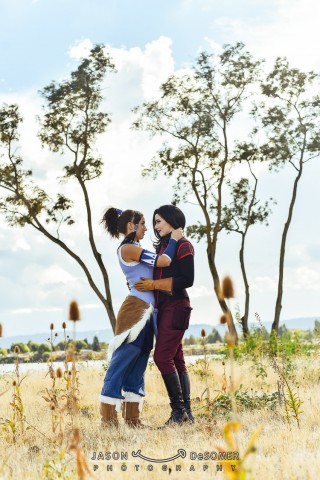 Korra and Asami are arguably the best couple in The Legend of Korra. Emma and Carly, a.k.a. Carma cosplay, dressed as the duo–Emma as Korra and Carly as Asami and did a ridiculously great job of replicating their looks. Like, they could belong in the animated series. They spoke with Lifted Geek about the build and Carly said the following about crafting her Asami ensemble:

Asami took me about three weeks to complete if I were to scrunch the days together over a period of a couple months. There is a lot that goes into making an entire outfit and sewing isn’t even half of it. I am constantly thrift store hunting for clothes, fabric, shoes etc. that I could use to manipulate to fit the right look for any of my characters. Sometimes fabric stores are the only option if I can’t find the exact flavor of garment. Even while I was looking for items for Asami, my brain was analyzing everything I was looking at to see if I could use it for the other lists of cosplays I want to create. Being poor college students, we get creative like using an old fleece blanket instead of interfacing for the cross stitching on her jacket and pants to give the fabric the textured look I was going for, or even using the leather from a skirt to make leather gloves.

Read more about the making of the costumes in an interview with Carma cosplay at Lifted Geek. 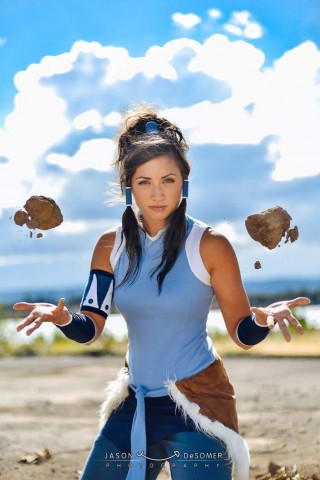 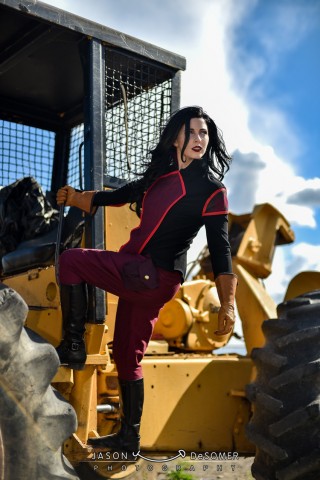 Comments Off on Korra and Asami Costumes