Virtual time machine of Earth’s geology now in the cloud 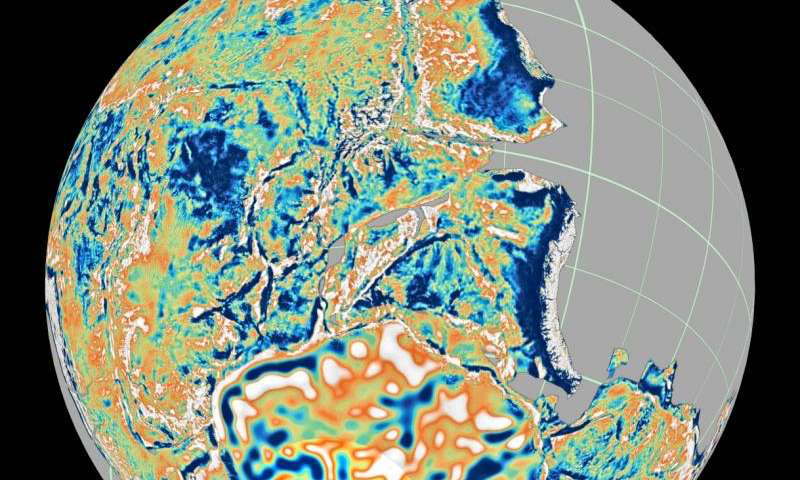 Cloud-based virtual globes helps students visualize Earth’s features and how it has evolved through time. via phys.org

Cloud-based virtual globes developed by a team led by University of Sydney geologists mean anyone with a smartphone, laptop or computer can now visualise, with unprecedented speed and ease of use, how the Earth evolved geologically.

Reported today in PLOS ONE, the globes have been gradually made available since September 2014. Some show Earth as it is today while others allow reconstructions through ‘geological time’, harking back to the planet’s origins.

Uniquely, the portal allows an interactive exploration of supercontinents. It shows the breakup and dispersal of Pangea over the last 200 million years. It also offers a visualisation of the supercontinent Rodinia, which existed 1.1 billion years ago. Rodinia gradually fragmented, with some continents colliding again more than 500 million years later to form Gondwanaland.

“Concepts like continental drift, first hypothesised by Alfred Wegener more than a century ago, are now easily accessible to students and researchers around the world,” said University of Sydney Professor of Geophysics Dietmar Müller.