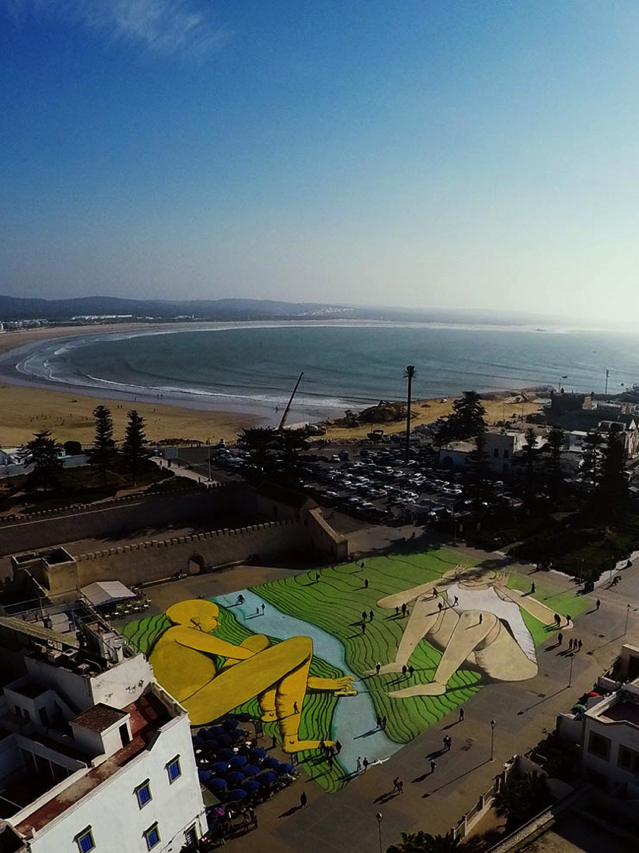 Now appearing an eight-hour car ride south from the Strait of Gibraltar along Morocco’s coast is North Africa’s largest new mural. Given its proximity to the eight mile Africa/Europe divide, the new painting by the London-based Italian Street Artist named RUN addresses the multiple immigration crises that are unfolding before our eyes.

“You could identify one figure as European and one as African but I like to think of it in a more universal perspective because migration is an issue worldwide,” says the artist Giacomo Bufarini (aka RUN) of his enormous metaphorical piece in Essaouira just a few hundred meters from The Atlantic.