Cigarettes, Space Invaders and the birth of the game watch #WearableWednesday 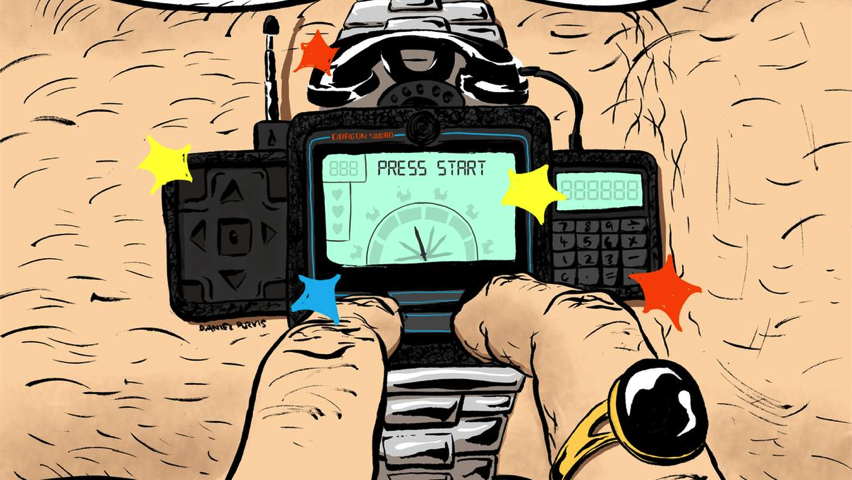 Flying cars, robot servants, personal jetpacks: This was the life envisioned for us by the futurists, science fiction writers and gadget makers of the ’40s, ’50s and ’60s.

And one of the most memorable of those fictional inventions was the famed Dick Tracy watch.

Introduced in 1946, the two-way wrist radio was almost as iconic as the comic strip police detective who used it. By 1964 the watch, used by Tracy to keep in contact with police HQ and get out of many a jam, became a two-way wrist TV.

It was the sort of gadget — tiny, powerful, seemingly innocuous in its presentation — that fired the imagination of a generation of children, among them Apple’s Tim Cook, who recently referenced the watch when unveiling Apple’s own take on the idea.

While the Apple Watch may be one of the most advanced takes on that famous idea, it’s far from the first smartwatch to deliver on a comic book future. The history of smartwatches, computerized watches that deliver more than the time, dates back to the ’70s, and gaming on those watches has just as long a history.

Throughout that somewhat muddled five-decade period, gaming has pushed the technology forward. It was gaming that helped turn calculators into handheld toys. It was gaming that inspired Casio to try to create a new sort of technophile lifestyle. And even today, it is gaming that is empowering a new generation of developers to push the boundaries of what a smartwatch can do.

Gaming for many smartwatches isn’t just a fun aside; it is the fuel that may finally help this technology break into the mainstream.

Comments Off on Cigarettes, Space Invaders and the birth of the game watch #WearableWednesday