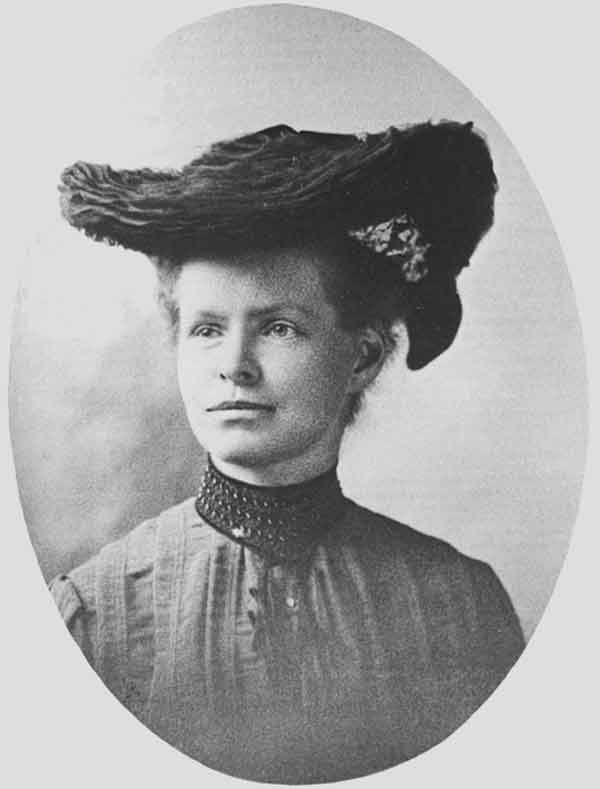 Nettie Stevens was an early American geneticist who with Edmund Beecher Wilson discovered the difference of chromosomes among sexes. via Wikipedia

Stevens was one of the first American women to be recognized for her contribution to science. Her research was done in Bryn Mawr College. She discovered that in some species chromosomes are different among the sexes, by observations of insect chromosomes. The discovery was the first time that observable differences of chromosomes could be linked to an observable difference in physical attributes, i.e. if an individual is a male or a female. This work was done in 1905. The experiments done to determine this used a range of insects. She identified the Y chromosome in the mealworm Tenebrio. She deduced the chromosomal basis of sex depended on the presence or absence of the Y chromosome. She did not start her research until her thirties and completed her PhD in 1903. She successfully expanded the fields of embryology and cytogenetics.

Stevens worked to be able to become a full researcher at Bryn Mawr. However, before she could take the research professorship offered to her, She died on May 4, 1912 from breast cancer, at Johns Hopkins Hospital, before she was able to fully take up a new faculty position.

Stevens was the first to recognize that females have two large sex chromosomes. Wilson did not see this because he only performed tests on the testis, because eggs are too fatty for the old staining procedures. Wilson even reissued his original paper and thanked Nettie Stevens for this finding. This finding is what then allowed Wilson to combine his idea of idiochromosomes with her heterosomes. This shows that Stevens was very influential in this process. Most biology textbooks credit Morgan for mapping the first gene locations onto chromosomes of fruit flies Drosophila melanogaster, but what is often missed is that it was Stevens who brought the fruit fly into Morgan’s lab in the first place.