Marcelo Jimenez shows off his setup for this custom PCB and includes some good pointers on testing design, like the jig to hold the PCB in place, the orientation dent, and the height of pogo pins depending on where they connect. 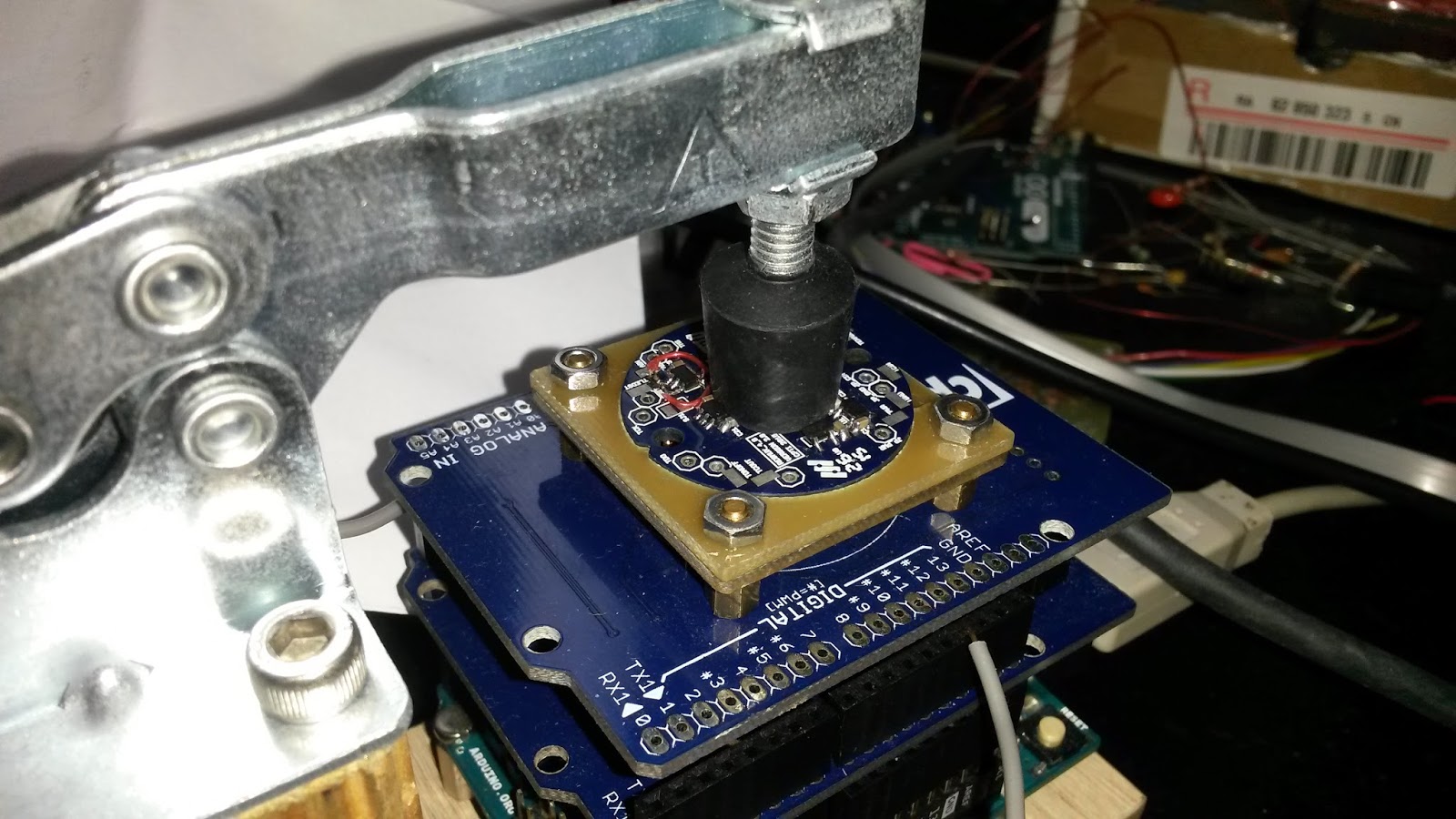 This post is just to show how I have used the Arduino JTAG programming hardware/software that I have discussed before.

The idea was to have a setup where I could both program and test a CPLD based board. 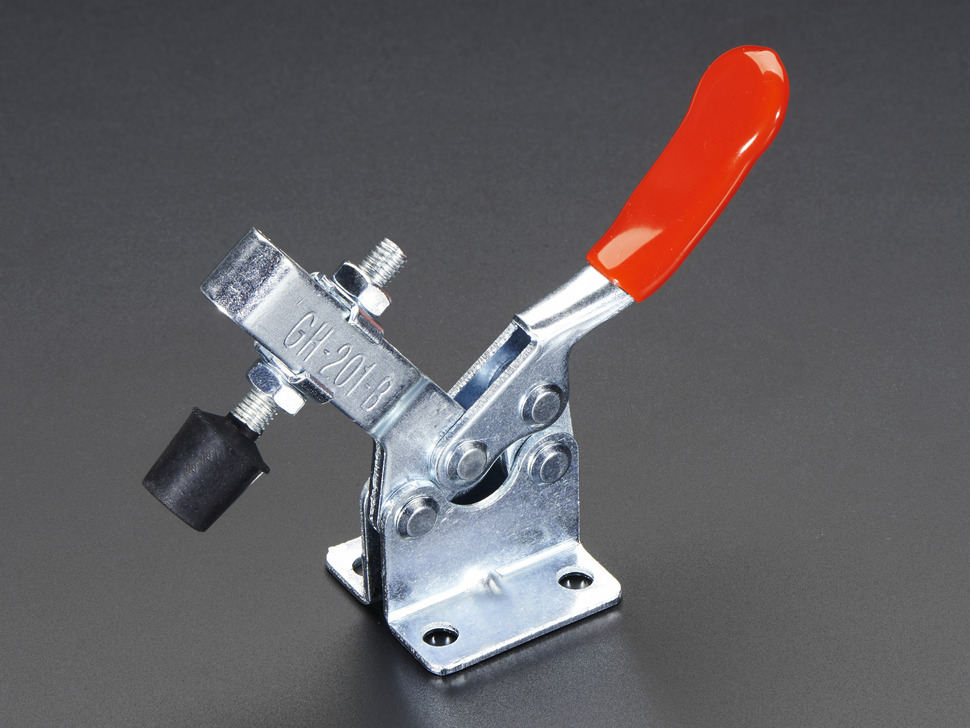 Toggle Clamp – Large Size – 201B: *Ka-thunk* Pin down that PCB with our Toggle Clamp, a sturdy and reliable way to quickly press and release with precision! A pogo-pin bed is a great way to connect and test boards without any soldering, but you have to somehow get that PCB aligned right and evenly pressed down on each pogo. After much experimenting, we settled on this toggle clamp and we use it all the time in our testing processes. Read more.